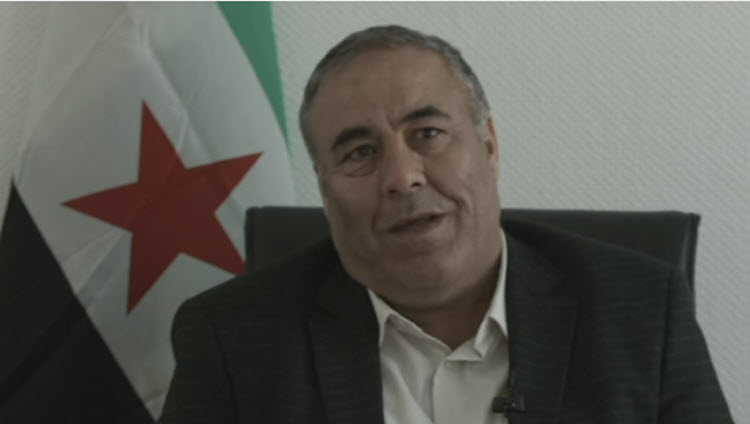 London, 14 May – A high-ranking member of the Syrian opposition has said those fighting in Aleppo’s brutal ground war are mostly soldiers from Iran’s Islamic Revolutionary Guards Corps (IRGC) and affiliated militias such as Hezbollah.

Brigadier General Mithghal al-Batish of the Free Syrian Army (FSA) told ncr-iran.org Assad’s strategy in the city has been to attack with IRGC and militias from the ground as Russia jets conduct aerial bombardments. Any reports of Assad’s Syrian troops involved in the battles are part of a “heavy propaganda campaign”, he said.

“In reality there are no Syrian soldiers fighting in the warzone there. There are just a few senior army officers who have been brought there to raise the morale of Assad’s forces and in order to gain international support and win concessions in the negotiations in Geneva”, General Batish said.

Batish went on to say that without Russian air support the FSA were winning major victories which have demoralised Assad’s forces and their regional allies in Iran. Recent battles are being fought in Khan Tuman, a town located to the south of Aleppo. Holding the town is part of Assad and his allies plan to lay siege to Aleppo.

“The revolutionary forces managed to bring about a high casualty rate on the enemy, eliminating a large number of IRGC forces, their militias and Hezbollah. They also managed to liberate nine villages including one which lies across a key transit route for aid supplies running through Aleppo, Idlib and Hama”, Batish said.

Iran has sent thousands of personnel to aid Bashar al-Assad as he attempts to keep his grip on power. The multi-sided conflict is approaching its 6th year which has seen hundreds of thousands killed and prompted the largest migration of people since World War II.