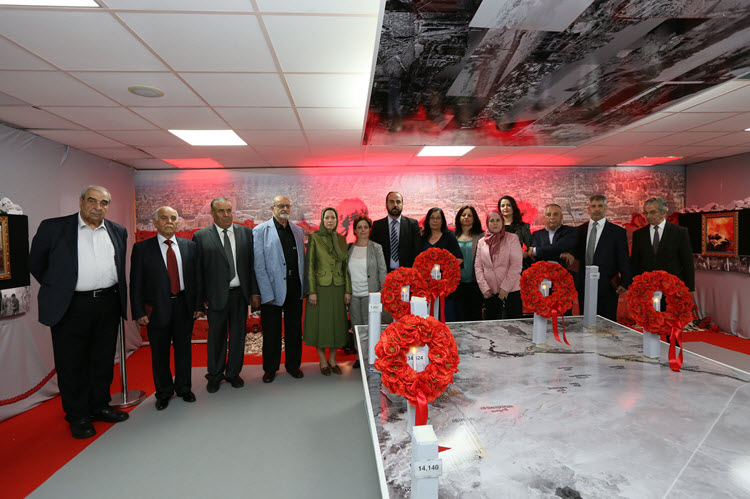 The president of the National Council of Resistance of Iran (NCRI) declares that the solution to the crisis in the Middle East is evicting the dictatorship from the region and overthrowing the mullahs’ regime in Iran.

In the NCRI’s meeting on Saturday 11, June, President-elect Maryam Rajavi said: “The most important component of a correct and effective solution to the crisis in the region is the eviction of the clerical regime from countries of the region. So long as the IRGC is in Syria, the country will not experience peace and tranquillity; so long as the Iranian regime is not expelled from the international negotiations, the talks will not produce any results; and so long as the regime is not evicted from Syria and Iraq, the fight against Daesh will not amount to any decisive outcome”.

She continued: “If the Iranian regime had not interfered in the affairs of Iraq and Syria and committed its crimes, the phenomenon of Daesh (ISIS) would not have spread in the Middle East and the terrorist attacks would not have taken place in France and other countries”.

The meeting, which was moderated by Ahmad Kamel, press advisor to the Syrian High Negotiations Committee, was held in solidarity with the Syrian people and their resistance.

Rajavi called for Ali Khamenei and Bashar Assad to tribunals for their involvement in the executions, torture and massacre of hundreds of thousands of their own people and the destruction of Syria.

She said: “The Iranian regime is the greatest cause of war and discord in the world of Islam and it must be expelled from the Organisation of Islamic Cooperation”.

A number of prominent Syrian opposition officials attended the meeting including Soheir Attassi, a member of the High Negotiations Committee of the Syrian Opposition, Haitham al-Maleh, chairman of the Syrian National Council legal committee and Brig. General Mustafa Sheikh, a commander of the Free Syrian Army.

• Secretary-General of the Arab-Islamic Council in Lebanon

• Khalil Merroun, rector of the Evry Mosque and chair of the French Muslims’ Committee in Defence of Rights of Ashrafis

• Sheikh Dhaou Meskine, Secretary General of Council of French Imams and President of French Muslims’ Committee against Fundamentalism and for Human Rights

• Tahar Boumedra, former head of the UN human rights office in Iraq and in charge of the Camp Ashraf dossier in the United Nations

• Reza Al-Reza, Secretary-General of the Jaafari Shiite Delegation of Iraq

Bloomberg: Iran is increasing its support for Syrian President...