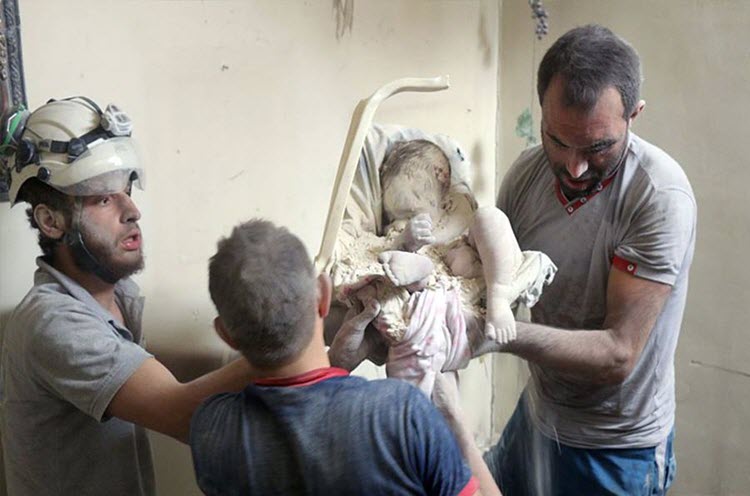 London, 26 Sep – Several European powers have spoken out against the violent and deadly attack on the aid convoy to Aleppo in Syria last week.

It stated: “This attack risks setting an unacceptable precedent, jeopardising the safe delivery of humanitarian aid everywhere. We call on all parties to the conflict to refrain from any new attack and respect fully the cessation of hostilities. We call in particular on the Syrian government to cease its air campaign against non-terrorist targets in Aleppo, and to allow the immediate and unhindered resumption of humanitarian access to all besieged areas and in particular to the people of Aleppo.”

The EU has asked all countries to halt attacks and commit to the ceasefire.

This incident destroyed 18 trucks out of 31, during a ceasefire. The trucks were taking food and aid to civilians in the Syrian civil war, which is now in its sixth year.

It was estimated by the Syrian Red Crescent that 20 civilians have been killed. This attack prompted the UN to suspend aid shipments to Syria. UN Secretary-General Ban Ki-moon said he was appalled by a “chilling” upsurge in fighting in Aleppo during the ceasefire.

In a statement, he said: “The apparently systematic use of these types of indiscriminate weapons in densely populated areas may amount to war crimes.”

On September 25th, Reuters reported that the French Foreign Minister Jean-Marc Ayrault said that Russia and Iran would be complicit in war crimes if they continued helping Syrian President Bashar al-Assad to suppress and attack the people of Syria.

He told them to “take their responsibility by stopping this strategy that leads to a dead-end”.

He continued: “Russia and Iran will become accomplices of the war crimes committed in Aleppo”.