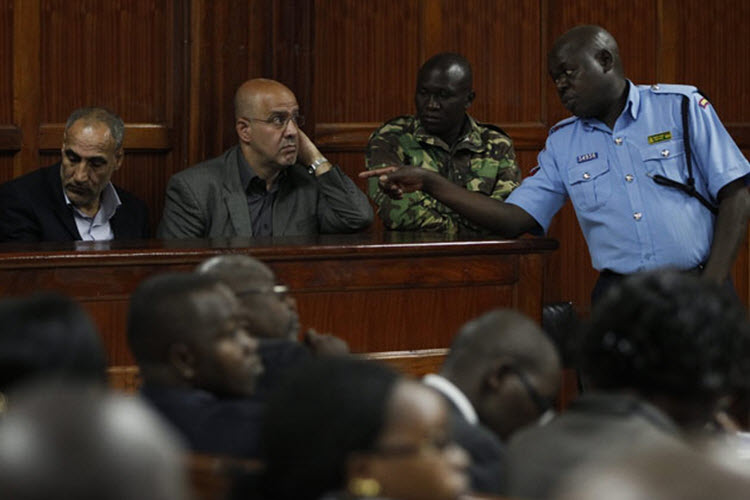 London, 2 Dec – Two Iranians and their Kenyan driver, who worked for the Iranian embassy in Nairobi, were charged on Thursday with collecting information for a terrorist act after filming the Israeli embassy, Reuters quoted lawyers as saying.

Sayed Nasrollah Ebrahimi, Abdolhosein Ghola Safafe and driver Moses Keyah Mmboga “were found taking video clips of the Israeli embassy … for the use in the commission of a terrorist act”, according to a charge sheet produced in court.

The three men were in a car belonging to the Iranian embassy when they were arrested on Tuesday, the court papers said. The diplomatic status of the two Iranians was unclear.

The Iranian embassy did not respond to requests for comment.

“My clients pleaded not guilty and have been detained by the ATPU (Kenya’s Anti Terrorism Police Unit) for further interrogation,” defense lawyer Cohen Amanya told Reuters after the men’s court appearance.

In 2013, a Kenyan court jailed two Iranians for life on terrorism-related charges, including possessing explosives. The sentence was reduced to 15 years on appeal.

Netanyahu says may have to act before US on Iran

AFP: Iran is moving "closer and closer" to building...

AFP: US Secretary of State Hillary Clinton on Wednesday...