There Are Still 50,000 Civilians Trapped in Aleppo 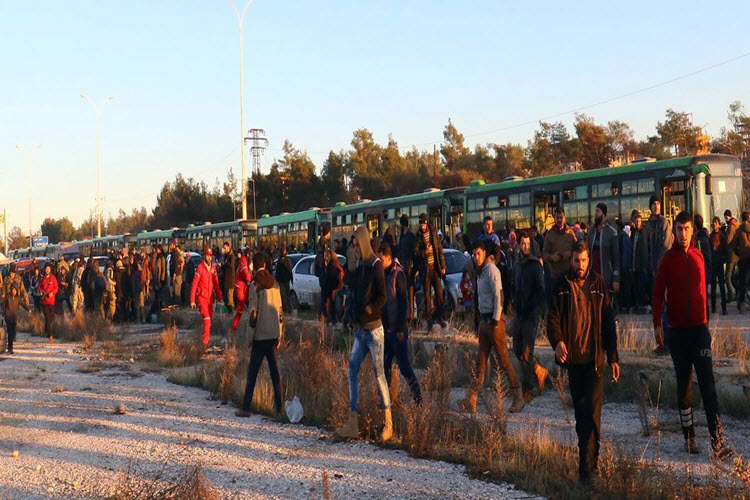 London, 18 Dec – Danger and conflict have been rising in Aleppo since the ceasefire abruptly ended last week.

The Russian Government claimed that all civilians and democratic resistance forces have been evacuated; the only people left in the city are terrorists.

The Syrian Resistance forces, the Turkish Foreign Minister, and the United Nations counter that there are still thousands of civilians in Aleppo. Many civilians were forced to flee in fear for their lives when gunfire sounded as they tried to board buses out of the capital.

The Syrian Resistance also stated that a convoy that left on Friday carrying 800 people was illegally stopped by Iranian-led forces who killed the evacuation overseers.

Ahmad Abo Al-Nour, who witnessed the events, said: “Militias forced everyone to get off the buses, confiscated all individual weapons, forced men to get undressed to their underwear, killed three men and injured 7 others, then forced the convoy to go back to the besieged area of Aleppo city, and some buses are still missing.”

Other eyewitnesses said that 20 buses being accompanied by the Syrian Arab Red Crescent and International Red Cross, passed through the Russian checkpoints before being stopped by Hezbollah forces later on.

The Hezbollah militia forcibly expelled all aid workers and then forced all men to get off the buses and surrender their mobile phones; five people who tried to resist were executed on the side on the road.

The Syrian Regime claims that the ceasefire ended when rebel forces started to attack government forces and the Regime was only attacking in response; however, their evidence for this is unclear.

The UN fears that there are still 50,000 civilians trapped in Aleppo and that Syrian government forces may massacre them soon; US Secretary of State John Kerry has previously accused the Syrian Regime of massacring their citizens.

What Is Happening With Iran and FATF?

By Mehdi The US designation of the Islamic Revolutionary...