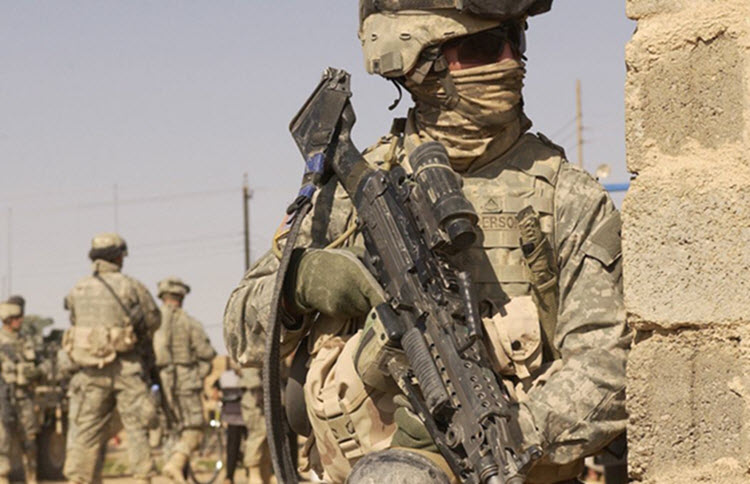 Newly revealed information from the U.S. military points to Iran being responsible for the deaths of 608 U.S. troops in Iraq since 2003. The U.S. Special Representative for Iran, Brian Hook, said earlier this week that the information is being revealed now because military reports have been de-classified.

To put this figure into perspective, he explained that this represents 17 per cent of all casualties from 2003 to 2011.

Many of these deaths were caused by highly lethal bombs – explosively formed projectiles, or EEPs as they are known. Iran manufactured these devices and sold them to a number of Shiite militias that it supports across the region, especially those in Iraq.

Previous estimates put the number of deaths at around 500. Of course, there have been thousands of Iraqis that have been killed by Iran’s proxy groups too.

Iran’s belligerence is something that the United States under the Trump administration has been very keen to tackle. President Trump announced last year that the country would no longer remain party to the one-sided nuclear deal because Iran’s malign acts cannot be ignored.

Furthermore, he highlighted that the nuclear deal does nothing to curb the nuclear threat from Iran. He stated that it did nothing but increase the chances of a nuclear arms race in the region.

A large number of documents were seized by Iran and this nuclear archive is something that must be examined very carefully. There are indications from these documents that Iran had been deceptive about its activities during the nuclear deal negotiations and that it has lied about where it truly was in nuclear development.

The Institute for Science and International Security and the Foundation for Defense of Democracies have been trawling through the nuclear archives to find indications about where Iran was carrying out nuclear activities.

The institute also reported recently that Iran had been deceptive about the activities being carried out at its underground Fordow plant. It indicated that Iran is still trying to keep the enrichment site open.

It is expected that more and more information will come to light showing that Iran cannot be trusted and that the Joint Comprehensive Plan of Action (JCPOA) was founded on Iran’s deception and lies.

Previous administrations, especially the Obama administration, believed that Iran would become more moderate if concessions were granted. However, Iran has proven, time and time again, that it does not respond to concessions. Tough policies and sanctions are the only way to force the Mullahs into curbing its behaviour. Even then, it is not because Iran wants to cut down on its belligerence – it is because it is being left with no choice.

It is important that foreign governments, especially in the European Union, work together to curb the Iran threat. It is clear by now that Iran must be dealt with in a firm manner. Broader sanctions must be put in place and Iran must be held accountable for its actions. It should no longer be left to spread chaos.

The Nation: North Korea has no choice but to...