The Syrian Druze and Their Uneasy Alliance With Iran 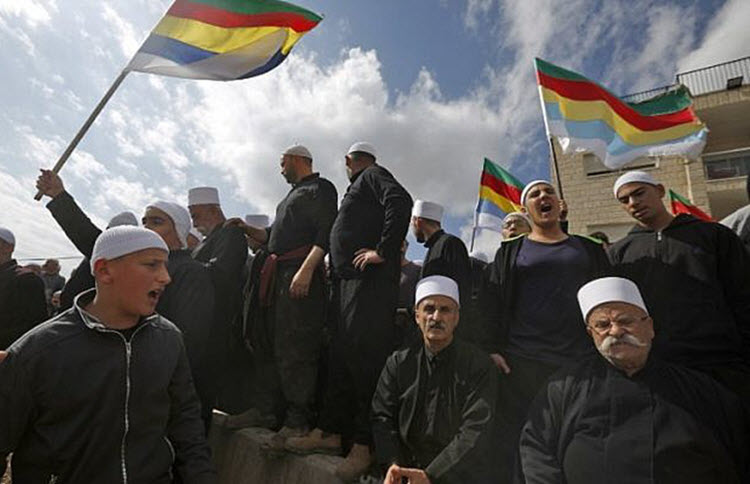 London, 18 Jan – The Druze, one of Syria’s most significant minority ethnic and religious groups, have remained on the sidelines of the contry’s seven year civil war. They have managed to keep their own survival their biggest priority, and have navigated a path that stayed between the regime and its op¬ponents.

The Druze have interests that appear to have gradually aligned with those of the regime and its allies, but remain uneasy with Iran, one of Damascus’s principal allies.

According to Syrian journalist Talal el- Atrache, there are three Druze areas in Syria: Sweida province in the south-east; Mount Hermon, in the south-west; and Jaramana and Sahnaya, which are two large suburbs south of Damascus. Pro-government militias made up mostly of Druze have waged battles when their territo¬ries were attacked.

De-escalation zones were established within Syria last year, and this led to a reduction in violence. However, one of the Druze’s main opponents, Hayat Tahrir al-Sham (HTS), previously al-Qaeda affili¬ated Jabhat al-Nusra, lies outside of this agreement’s protection.

It is reported that HTS persecutes the Druze. In fact, more than 20 Druze were killed by Jabhat al-Nusra Front in the north-western province of Idlib in 2015. Several hundred Druze were forced to convert to Sunni Islam after the organization took control of Druze territory in Jabal al-Summaq.

The Druze commu¬nity did not trust Syrian rebels and the increasing Islamiza¬tion of the revolutionary move¬ment. However, the Druze also resented the regime’s efforts to impose com¬pulsory military service on Druze men, following its massive losses prior to Russian intervention. Hundreds of Druze emigrated, or simply refused to perform military service, in response.

“Despite the state shortcomings and the differences between them, from time to time the government enjoys indisputable support in (the Druze of) Sweida,’’ Atrache said.

The Syrian Army, with support from Lebanon’s Hezbollah and Druze paramilitary groups, resisted the offensive led by HTS that in¬tended to occupy the Druze towns of Hadar and Erneh. This fueled Druze suspicions regarding a predominantly Islamic opposition and pushed them toward Damascus and its Shia allies, Hezbollah and Iran.

Still, the Druze are wary of Iranian ambitions. Speaking by telephone on condi¬tion of anonymity, Druze sources from within Sweida explained that Iran and Hezbollah were considered by the Druze to be occupying forces. “Our priority is the community survival, our tribal affiliation and the protec¬tion of our land. Beyond that our interest will diverge with any pow¬er that advances its own agenda in our territory,” the sources said.

Iran’s reliance on Druze loyalty appears to be likely to falter with the in¬creasing violence in southern Syria. The Druze are guided by survival, not ideology.
Source: the Arab Weekly

AFP: More than 40 European and Asian countries on...