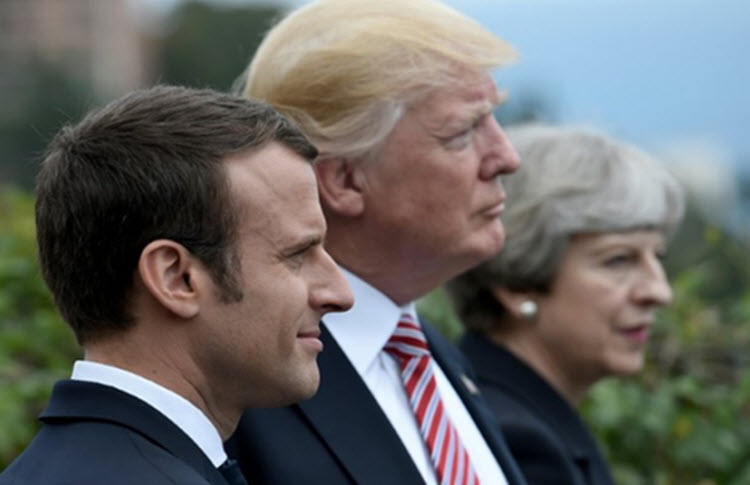 London, 18 Apr – Faced with yet another cowardly chemical weapons attack, the United States, France and Great Britain vowed to take action. And they did so in the form of a US-led airstrike that caused significant damage to Syrian military sites.

The reaction from this Western alliance sends a big message, not just to Syrian President Bashar al Assad, but also to Iran and Russia. It is a clear signal that the days of appeasement led by former President Barack Obama are over.

It is believed that at least five members of the notorious Iranian Quds Force, a subdivision of the Islamic Revolutionary Guard Corps (IRGC), were killed when missiles hit the targets in Syria. Reports also indicate that more than a dozen advisers to the Quds Force were killed too.

Iran has been involved in the Syrian civil war since the beginning and it has played a huge role in propping Assad up. In fact, it is very unlikely that the war would still be raging if it were not for the interference of Iran.

Iran has provided financial assistance, training, fighters and consultancy to Assad. Iran is desperate to succeed in Syria and it will stop at nothing to make sure it is not defeated. The Jibil Qasioun base used by the Lebanese Hezbollah just north of the Syrian capital was destroyed in the airstrike. There have been reports that 40 members of Hezbollah were killed.

Iran’s state media has reported that there has been very little damage to the areas that the Western alliance targeted, but this is clearly not the case.

The cooperation between the United States, the United Kingdom and France also sends a message to Iran that the US and Europe are committed to cooperating with each other to target such acts. President Trump recently told the European signatories of the Iran nuclear deal that he would pull the United States out of the deal if the major flaws were not fixed and if Iran’s ballistic missile program was not addressed.

When former President Barack Obama was in office, Iran was appeased on far too many issues. It became so brazen in its belligerence that the world saw the Iran threat get bigger instead of smaller and this is not what Obama promised.

Yet, this all changed when President Trump took office. Iran has often been on the receiving end of some harsh words from Trump and the president is determined to curb the threat.

At the end of last year, the people of Iran took to the streets to protest against the cruel mullahs and the corruption that spans the whole leadership of the country. They condemned Iranian rulers for their disregard of human rights and their plundering of the nation’s wealth on wars abroad.

Trump took to social media to condemn Iran too and he also voiced his support for the people of Iran. Trump’s new national security adviser – John Bolton – is acutely aware of the dangers of Iran . He too stands behind the people.

Washington Post: The Obama administration is pushing to carve...