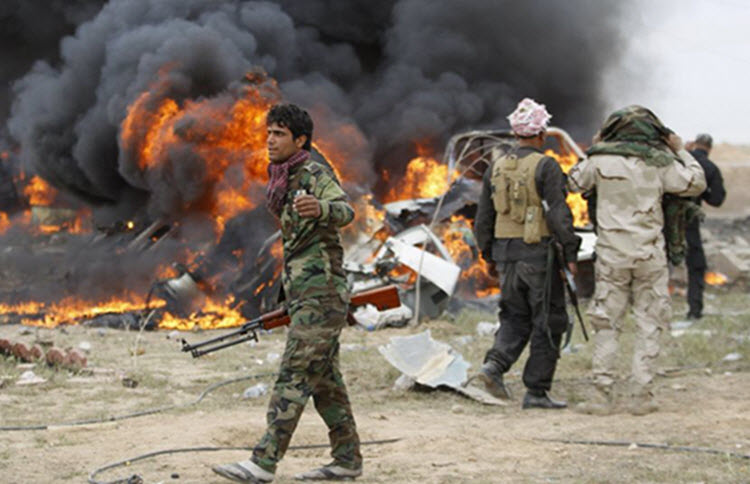 London, 7 May – Iran has been uncannily silent in the aftermath of the April 29 attacks on two Syrian military bases that contained Iranian and allied Shia militia forces, that are suspected to have been carried out by Israel.

The state-controlled media in Iran played down the incident, which provides an interesting insight into the conflict between Iran and Israel: Iran is fine with engaging the Jewish state in low-intensity conflicts and using its proxy Hezbollah against it, but it does not want an all-out war with Israel. Considering how often Iran calls for the destruction of Israel, this is surprising, until you remember that Iran is not equipped for all-out war, and would certainly lose.

The Iranian media coverage quoted Syrian government sources, the Israeli newspaper Haaretz, and the Britain-based Syrian Observatory for Human Rights, but every piece stated that no Iranian nationals had been confirmed dead by the Iranian officials.

In later reports, the Iranian media even claimed that there was no loss of life of Iranian forces or their allies, with Iranian Students News Agency quoting an unidentified source.

But Iran has seemed unable to stick to the official line. Hossein Naqavi Hosseini, the spokesman for the National Security and Foreign Policy Committee of the Iranian parliament, condemned the April 29 attacks, but failed to say that there were no losses.

Hosseini said: “We do not have exact statistics and the government must officially announce it… The Syrians must provide the numbers since they are in charge. We are in Syria at the behest of the government of Syria.”

It’s a simple lie, designed to boost morale about Iran’s malign involvement in the Syrian Civil War, propping up the Bashar Assad dictatorship, even as he uses chemical weapons against his own people. A simple lie, yet Iran can’t even agree on that.

Of course, the April 29 attacks weren’t the first attacks by Israel on Iran. On April 9, Israel attacked the T-4 airbase in Homs, which hosts a unit from the Iranian Revolutionary Guards Corps (IRGC) Air and Space unmanned aerial drone force, and killed Colonel Mehdi Dehqan Yazdeli and several others.

The IRGC didn’t respond, despite the fact that this is a substantial part of Iran’s military infrastructure in Syria.

Iran may not be acknowledging any Iranian casualties, but their muted response is understandable. They’re either trying to keep Israel engaged in a permanent low-intensity conflict or deterring Israel from attacking Iran’s nuclear infrastructure.

It may be that Iran finds its military losses an acceptable price to pay, but it won’t admit to these losses in order to save face and prevent an all-out war.

In order to contain Iran, the international community should step up their attacks on Iran’s military sites, which will hamper their ability to further destroy the Middle East.

Any force deal with Iraq must address Iran: Mullen

AFP: Iran on Sunday opened its first centre to...