Iran: The Biggest Obstacle to Reconstruction Projects in Syria 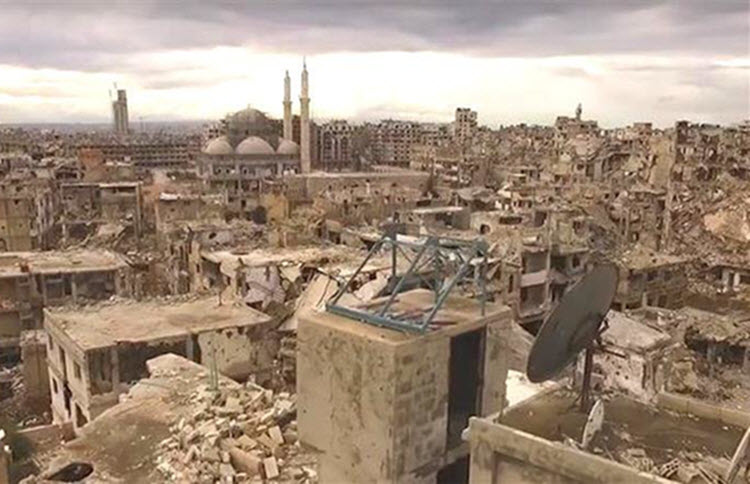 London, 20 Jun – There have been three main players in the war in Syria – Iran, Russia and China. Iran and China’s goals of reaching the Mediterranean have all but disappeared. Russia is now in the process of planning the next reconstruction phase for Syria and there are reports that it is costing up to $500 billion.

China has been awaiting the outcome of the civil war in Syria but it knows that no other country will be able to put up the huge amount of funds required to rebuild the country. It is a given that it will receive substantial projects.

Russia and China are happy to work together in the country, but the competition with Iran is what is causing disruption. Both countries want to start the reconstruction as soon as possible and Iran is not present in large areas of Syria. Considering there are parts of the country that are currently stable, they are trying to convince the West that the process can start. But Iran’s influence is on the increase.

Russia is in the strongest position to curb Iran’s influence because it has the biggest presence there. It has called on other countries to be ready to start the process.

A lot lies on Russia, especially considering the heavy toll it has had with regards to it military budget. The Russian government, faced with these significant financial losses, has no choice but to invite other countries in to help.

Russia wants a big piece of Syria and China is looking for a better presence – economically and strategically – in the country. Iran is standing in the way of both of them. It wants its corridor to the Mediterranean Sea and is set to do what it takes to get it.

It is in China and Russia’s best interests to get rid of Iran from Syria as soon as possible. Russia has already called for foreign troops to pull out.

However, Iran is feeling left out. It has spent an estimated $24 billion on military operations in the country. This makes Russia’s $4 billion military spend in the country look measly. Despite this, Iran has not won any sizeable contracts in the reconstruction process and Iranian officials are now commenting on the widespread disappointment. Furthermore, Iranian officials are saying that Russia has taken advantage of Iran’s presence there.

Iran must be expelled as soon as possible from Syria. Its role there is nothing but nefarious for the country.

The NCRI, the main opposition to the Iranian regime, is holding its annual rally in Paris on 30th June. Political figures, dignitaries, lawmakers and human rights activists from around the world with take the opportunity to find a way to move forward so that the people of Iran can one day be free.