Arab Coalition to Take Yemen Back From Iran’s Houthis 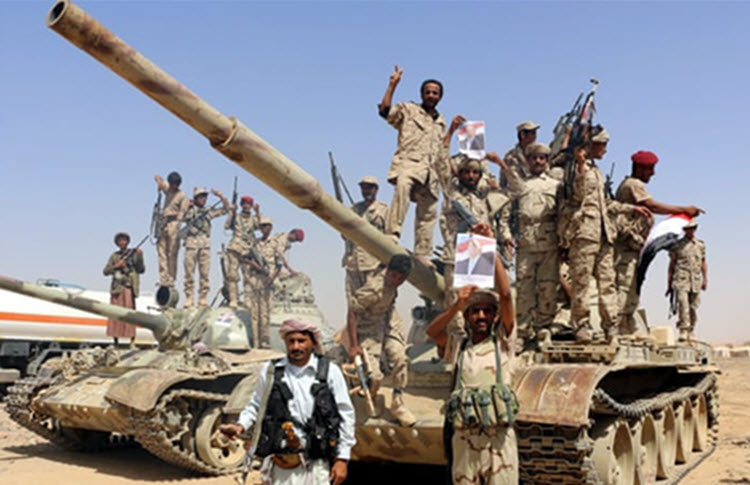 London, 20 Jun – The Arab coalition, allied with the Yemeni army, are moving ever closer to the city of Hodeidah, a strategic place in the military action to take Yemen back from the Houthis.

Indeed, it is one of the three most important ways that the coalition can drive the Houthis out of Yemen, along with expelling them from the Saudi borders, getting them out of the central governorates.

But why is it so important? Well, the Hodeidah Port is the main naval entrance to North Yemen, which means that a lot of food and other goods go through the port. The Houthis have used this to their advantage, by seizing goods in order to starve or disenfranchise areas that didn’t support them, smuggling weapons from Iran, and threatening international navigation.

It’s worth noting that these are the same methods used by other Iranian proxies throughout the Middle East, all under the guise of Shiism.

This current military action has been a long time coming – often delayed by the United Nations proposals of discussions and truces and having to rebuild the Yemeni army – but now it’s here and it wont slow down.

Radwan al Sayed, the former editor-in-chief of the quarterly al-Ijtihad magazine, wrote that there is also another reason why intervention took so long, but is now pacing ahead: Iran and terrorism.

In 2015, when the conflict started, the Arab countries were weak from unrest and war, so Iran was able to take control in Yemen, Syria, and Iraq, where they seemed like a helpful neighbour as opposed to a country that wished to take over.

But now, other countries can see the growth of Iran-backed terrorist cells, like the Houthis, and they are intervening to stop the spread of terrorism by confronting Iranian influence.

Sayed wrote: “This decision required courage, wisdom and the capability to act even if under the umbrella of the UN Security Council decisions and the legitimate government’s request. It’s said that the darkest hours at night are those before dawn.

The circumstances in 2015 were the darkest but the decisive Arab countries turned this darkness into hope.”

Now, the south of Yemen has been liberated from the Iran-backed Houthis and the West is the next step. But after that will come Syria, Iraq and Lebanon.

One of the best ways to ensure that Iran will never again use a terrorist proxy to take over a country is to support the Iranian Resistance and their fight for regime change in Iran. The Resistance will hold a Free Iran Gathering in Paris later this month, where regime change will be the main topic.

AFP: Britain, France and Germany have officially called for...

AFP: A French researcher who stood trial in Iran...