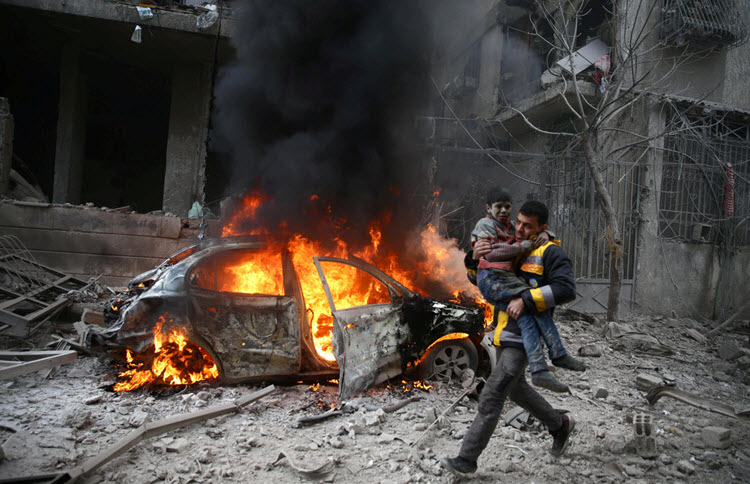 London, 19 Sep – Cargo jets that are suspected to have transported weapons from Iran to Syria have made nearly 200 such flights in the past 12 months, according to flight tracking data.

Israel’s intelligence agencies have previously cited that these flights conducted or arranged by the Iranian and Syrian militaries are key to the transport of weapons from Iran to Syrian dictator Bashar Assad and the Lebanese Hezbollah.

Israel has reportedly been the force behind the airstrikes that have hit several airports and warehouses in Syria, shortly after the cargo planes have landed, including on Saturday, when the cargo was being taken off of an Iranian Boeing 747 that had flown from Tehran to Damascus.

The analysis of flight patterns from Tehran was completed by a Geo-Information Science Masters student from The Netherlands, who went only as Gerjon due to the sensitivity of the data. He found 187 flights from Iran to Syria in the past 12 months, using publically available data on flight tracking website Flightradar24.

News website i24NEWS analyzed flight tracking data from several airlines that form the pillars of the Iran-Syria airlift, back in April and found that they are front companies for Iran’s Revolutionary Guard Corps (IRGC).

The flight on Saturday belonged to Saha Airlines, believed to be an IRGC front company. It normally leaves Damascus after a few hours, but is currently still in Syria.

This is probably due to the reported Israeli strike, as satellite images from Sunday show apparent blast marks across the cargo apron of a jet matching the profile of a 747. This jet is currently parked in an area of the airport used by the Syrian air force.

Gerjon said that the same aircraft has made at least 18 flights from Tehran to Damascus in the past year.

Of course, the data analysed may not reveal the true extent of the airlift because some aircraft cannot be tracked for technical reasons and some cargo planes land in airports or bases that are not covered by publicly available websites.

It also does not account for passenger flights, which Iran has previously used to traffic weapons. In fact, three passenger airlines that fly to Syria (Cham Wings Air, Mahan Air and Syrian Air) are under sanctions from the US for the trafficking of arms.

This just shows how important US sanctions are and why more are needed. By placing further sanctions on passenger and cargo airlines, the US can deny them access to the global marketplace and prevent them from accessing repair parts or further money. This will bring down the fleet and stop arms smuggling.

U.S. Treasury would ask banks for help on Iran

Reuters: The U.S. Treasury Department will turn to banks...