AFP: Diplomats at the Iranian embassy in London left Britain on Friday after being expelled following the storming of the British embassy in Tehran, the Foreign Office said. 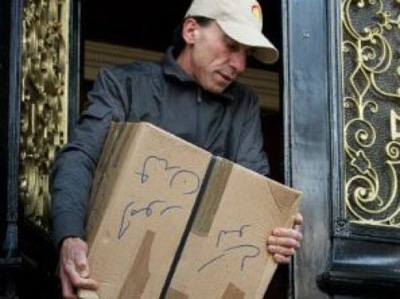 LONDON (AFP) — Diplomats at the Iranian embassy in London left Britain on Friday after being expelled following the storming of the British embassy in Tehran, the Foreign Office said.

“I can confirm that, earlier this afternoon, all diplomatic staff of the Iranian embassy in London took off from Heathrow airport,” said a spokesman.

“They are returning to Iran in line with the foreign secretary’s statement to parliament on Wednesday.”

Foreign Secretary William Hague had given Iran’s diplomats 48 hours to close the embassy and leave the country after the attack on Britain’s mission in Tehran on Tuesday.

Several European nations, including France, Germany and Italy, also recalled their ambassadors in a show of solidarity, and the European Union on Thursday declared it would take “appropriate measures” to hit back at what it saw as an attack on the EU as a whole.

Ahead of the diplomats’ departure, the Iranian flag was still flying outside the embassy in an upmarket area of west London but a stream of people could be seen carrying suitcases and boxes out of the premises.

Britain has evacuated its diplomats from Iran and closed its embassy following Tuesday’s attack by a mob shouting “Death to Britain”, which Hague said could not have happened without the Iranian regime’s tacit consent.

The Tehran protest erupted after the Iranian parliament voted on Sunday to expel the British ambassador and reduce trade relations with Britain in retaliation for UK-led sanctions against Iran’s banking sector.

Hundreds of students rampaged for hours through Britain’s two diplomatic compounds in Tehran, tearing down the Union Jack, ripping up pictures of Queen Elizabeth II and trashing offices.

Britain’s ambassador to Iran described how seven of his staff were seized by protesters during the attack.

Dominick Chilcott said some workers and their relatives were sent to the embassy’s residential complex in northern Tehran before the protests for their safety, but were held by demonstrators who surged through security.

In an interview with British media, he described how one of the staff “barricaded the door with a heavy safe and a bed, and braced himself against the wall”.

“And for 45 minutes he could hear people bashing down the door, smashing the windows and trying to get in because they knew he was there,” he said.

“It must have been a very frightening experience — until eventually the door gave way and they got him.”

The ambassador described how the seven staff were made to sit in silence and some were “roughly handled”.

“It must have been a troubling experience,” he said.

The European Union piled pressure on Iran following the attack, beefing up sanctions Thursday over Tehran’s nuclear drive and threatening to hit its oil and finances next.

Iranians staged a fresh anti-British demonstration in Tehran on Friday in support of the storming of the British compounds, the official IRNA news agency reported.

After attending Friday prayers in Tehran University, worshippers flocked to central Enqelab (Revolution) Square, chanting “(We) support the seizure of the second den of spies”, referring to the British embassy.

They also condemned what they called Britain’s hostile policies toward the Islamic republic, and ended their demonstration by setting fire to British and Israeli flags.

IRNA did not say how many people attended the rally.

By Jubin Katiraie On Thursday, May 21, the US State...

Iran: Crack Down on Lawyers and Activists Continued Over Weekend