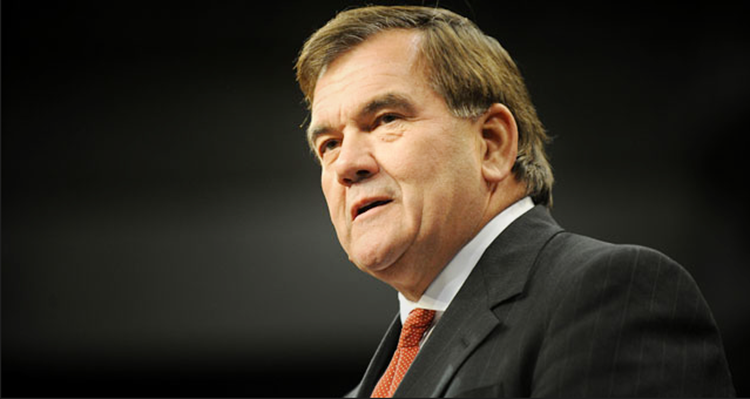 London, 16 Apr – Former Governor of Pennsylvania and the first United States Secretary of Homeland Security Tom Ridge, published an op-ed in The Philadelphia Inquirer about the global struggle with Islamic extremism and called for an international alliance of moderates.

“Only if we recognize that moderates in both the West and the Muslim world are suffering at the hands of the same radical ideologies – and come together as one force – can we strike a crucial blow against the Islamic State and its ilk. And ordinary people contribute to this mission every time they refuse to discriminate and instead offer sympathy and openness”, Tom Ridge wrote.

In his piece Ridge re-asserts that the acts of terrorism that are plaguing Europe, Africa and the United States are extremist in nature, not Muslim.

“It is clear that, however strong a country or group may be, it cannot win a culture war if it views 1.5 billion people as enemies. And moreover, such rhetoric plays directly into the hands of Islamic extremists”, Ridge wrote.

Ridge also reiterated Iranian opposition leader Maryam Rajavi’s description of the theocratic Iranian government as the “godfather’ of the Islamic State (or ISIS, ISIL) and warned against close relations with one group of extremists in order to defeat another.

“This war on extremism can only be won with the help of moderate Muslim groups. And our most important friends in these fights are moderate dissidents in Iran, Iraq, Syria and elsewhere, who are at once the natural enemies and the most frequent victims of Islamic extremism”.

Reuters: Iranian police on Sunday raided and closed the...