Western governments must not accept the lesser of two evils 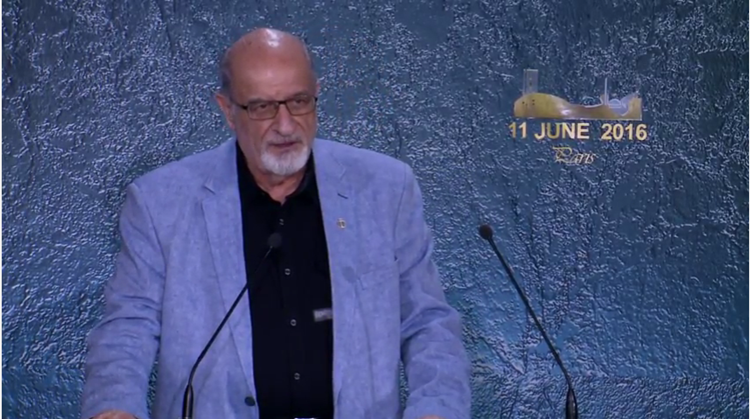 London, 23 Jun – A member of the Syrian Resistance has pleaded with Western governments to stop accepting the lesser of two evils in Middle Eastern governments.
Haitham al-Maleh, Chairman of the legal committee of the National Coalition for Syrian Revolutionary and Opposition Forces, wrote a piece for The Hill on Wednesday, 22 June.

He wrote about a meeting he attended between Syrian Resistance fighters and officials from the National Council of Resistance of Iran (NCRI) where they discussed their common problem. At the meeting, held on June 11, the resistance groups came to the conclusion that the dictatorships are dependent on each other; therefore, if one despotic regime were to fall, the other would shortly follow.

Dr. Nasr al-Hariri, the former Secretary General of Syria’s National Coalition, pointed out that the Iranian regime is clearly afraid of the consequences of a defeat for Bashar al-Assad’s armies in Syria, which is why they are supplying troops for him.

Maleh said: “The prospect for the overthrow of Iran’s fundamentalist Islamic theocracy gives even greater meaning to our own struggle in Syria. The end of that regime would be an avowedly positive thing not just for the Iranian people and not just for the Syrian people who are suffering under Iran’s destructive influence, but also for the whole of the world.”

He continued by stating how Iran is seen throughout its meddling in the Middle East. Maleh said: “Iran, after all, is well-recognized as the world’s foremost sponsor of terrorism. That title has been reaffirmed over and over again during the course of the five-year Syrian carnage by Assad and the civil war in Yemen. In my country, it prevented the overthrow of a government that has systematically repressed its own people, even to the point of deploying chemical weapons against them.”

This meddling has prolonged the Syrian civil war, costing 250,000 civilian lives and he argues that if the Iranian troops in their own country could have lessened the impact of Islamic State in the region.

He urges Western governments to see through the smoke and mirrors show that the regimes put on and not settle for lesser evils in the Middle East. The choice is not: Rouhani and Assad V Islamic State; it’s peace v state-sponsored terrorism.

On July 9, the NCRI will hold a Free Iran rally in Paris. There, members of the Iranian and Syrian resistance will come together to expose the evils perpetrated by the governments against their own people and how this affects the global population.
The event will be attended by policymakers from the USA and Europe, who will express solidarity with the movement and put pressure on their government to do more for the freedom of civilians in the Middle East.

US must be removed from Islamic world: Khamenei