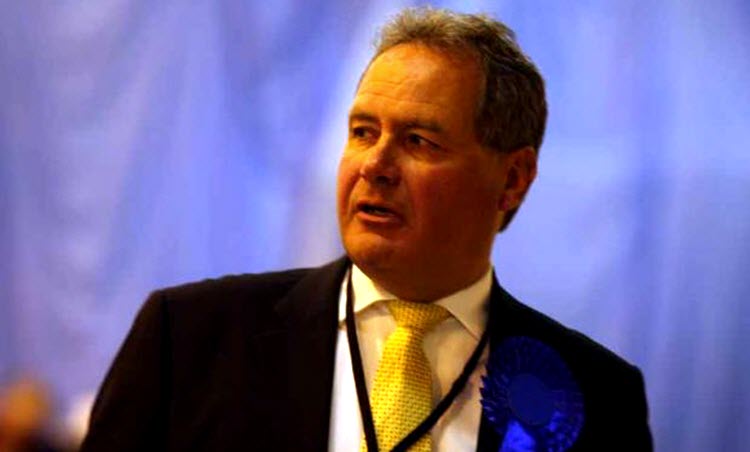 Washington, 1 Aug – A British lawmaker stated that we cannot expect moderation from Iran, in an opinion piece written for The Hill.

The report found that while Iran was holding up the most basic tenants of the deal, they were failing to meet the higher standards, continuing to test nuclear missiles and a general antagonism towards the West.

Blackman wrote: “Full-fledged compliance with international accords was always a pipe-dream, pursued only by the most naïve actors such as the Obama administration, which sold the deal to lawmakers and the American public in part by claiming that it was made possible by the 2013 election of ‘moderate’ Iranian President Hassan Rouhani.”

He dismisses the “supposedly moderate credentials” of Iran, which ignores Rouhani’s prior (and current) role in Iran’s brutal regime; the rising number of executions, political prisoners, sponsorship of terrorism and their interference in the affairs of Middle Eastern countries including Syria, Iraq, Yemen, and Lebanon.

Blackman wrote: “All of the hallmarks of hard-line domestic and foreign policy were highlighted on one day by the main Iranian opposition movement, the National Council of Resistance of Iran, presided by Maryam Rajavi, at its annual international gathering in Paris on July 9.”

He notes that Western governments made huge sacrifices in order to bring about the nuclear deal but relations have not improved; indeed the Associated Press reported last week that secret side agreements were being made to expand Iran’s nuclear capabilities at the earliest opportunity.

Blackman wrote: “The more concessions are given to the Iranian regime, the more it takes advantage of them. Its behaviour does not change and its negotiating partners invariably are left wondering what they ever hoped to achieve in the first place. In light of the UN having reminded us all of this fact, we cannot continue repeating the same mistakes. We must return to policies that recognize Tehran regime as what it is and put pressure on it to comply with international demands and heed international concerns, instead of returning the regime’s duplicitous smile and keeping our fingers crossed for the best.”

By Jubin Katiraie There are shocking reports from Sepidar Prison in...