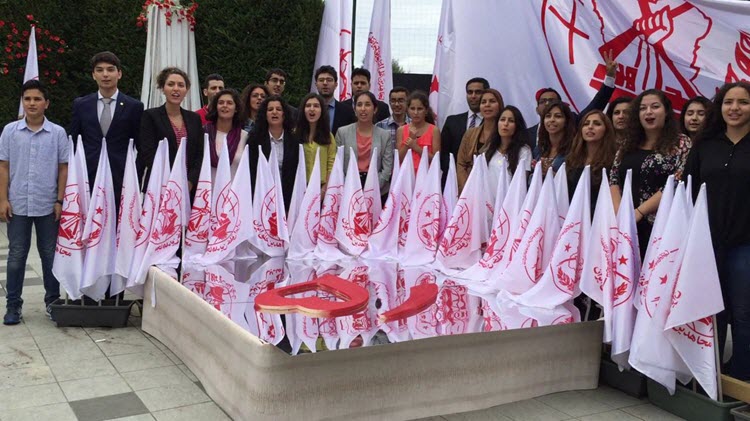 London, 29 Nov – A political scientist has written an op-ed for The Huffington Post decrying the attempts by a former State Department Official to smear the Iranian Resistance with allegations of terror and the murder of Americans.

Dr. Majid Rafizadeh, president of the International American Council on the Middle East, heavily criticised the op-ed by Daniel Benjamin, a former Coordinator for Counterterrorism at the State Department and advised the American Public to look at the facts, the law and the politics behind this scathing attack.

First, the politics. Benjamin, a Democrat, is obviously attempting to score some partisan points by attacking a leading Republican for their links to the Iranian Resistance group, the People’s Mojahedin Organization of Iran/Mujahedeen-e-Khalq (PMOI/MEK).

In this, Benjamin clearly forgets that he was criticised by then-Secretary of State Hillary Clinton for failing to remove the MEK from the US terror list quickly enough in 2012.

The Iranian Resistance, including the MEK and the National Council of Resistance of Iran (NCRI), has been a strong US ally, who have provided the US with vital intelligence regarding the Iranian nuclear programme and the Iranian Regime’s terrorist activities.

The MEK was not responsible for the killings of Americans in Iran in the 1970s. Instead, the Americans were murdered by a breakaway faction, known as Peykar, who hijacked the movement after MEK leaders were executed or imprisoned in Iran. Peykar also killed MEK members who attempted to stop them.

Massoud Rajavi, the MEK leader who was released from prison in 1979, essentially had to rebuild the MEK after the Peykar hijacking, according to Patrick Clawson, a director of research at The Washington Institute for Near East Policy.
Finally, the law. In 2012, the Treasury Department suspected that the MEK was providing material support to terrorist groups and subpoenaed former US officials.

This was out of line with the view of both the State Department, the Judicial Branch of the US Government, and the European Union. Eventually, the Treasury admitted that there were no legal violations by the MEK or their supporters.

The MEK were only ever on the US terror list to ease relations between the US and the Iranian Regime. Any acts of violence, committed before 2002 when they laid down their weapons, were targeted at the Regime and not at civilians.

Rafizadeh asserts that the way forward is to hold the Iranian Regime “accountable for its hostility and terrorism against the United States and its allies”, imposing sanctions against Iran’s human rights abuses and striving for democratic change in Iran.

AP: The Iranian national symphony orchestra has been disbanded...