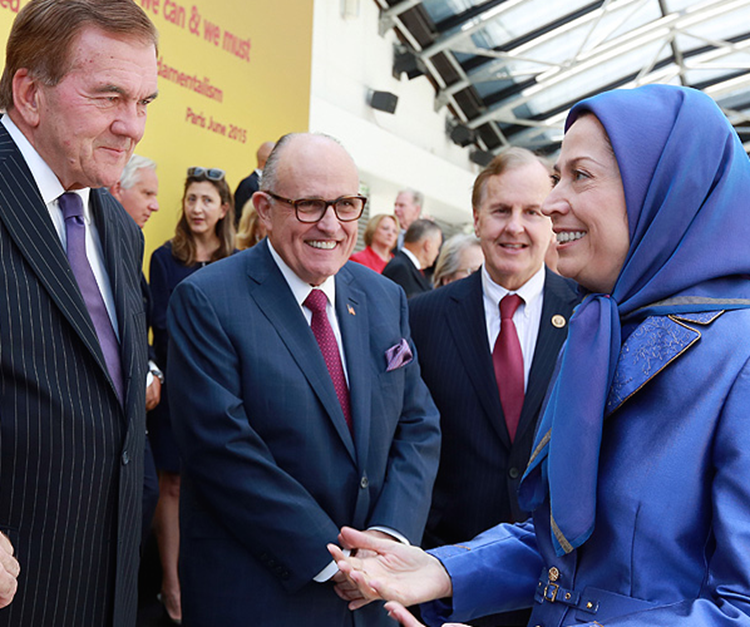 London, 19 Jan – A bipartisan group of former US officials have urged the Trump Administration to be tough on the Iranian Regime and begin a dialogue with their organised democratic resistance.

They wrote a three-page letter to the incoming President, asking him to begin talks with the National Council of Resistance of Iran (NCRI) and the Mujahedeen-e-Khalq (PMOI/MEK).

The letter read: “With a more enlightened grasp of the Iranian’s regime’s priorities and vulnerabilities, your administration will be equipped to exert leverage enabling the U.S. to oppose Tehran’s repression and adventurism while standing for the fundamental values both our people’s share.”

They note that the NCRI and MEK were unfairly designated as terrorist organisations from 1997-2012, as a concession to the Iranian Regime. They were removed under Secretary of State Hillary Clinton.

As evidence for why Trump should support the Resistance, the letter pointed to the  10-point plan that the Resistance President, Maryam Rajavi,  has for the future of Iran; it includes respect for human rights, gender equality and an end to nuclear weapons.

None of these hopes are shared by the ruling mullahs; so-called ‘moderates’ who oversaw the executions of over 3,000 people including children in just three years.

The letter read:  “Like the resistance, we envision an Iran in the future where all men and women have the right to vote, regardless of ethnic group or religion, and where freedom of speech and assembly are guaranteed, with no internet monitoring and censorship.”

The letter addresses how the Iranian Regime has been passive to the point of compliance over the rise of ISIS, preferring to plunge its military into propping up its fellow dictatorship in Syria.

The letter also noted that the nuclear deal was failing and needed severe reworking in order to ensure the safety of the Middle East and the world in general.

It read: “It is now clear that Iran’s leaders have shown no interest in reciprocating the U.S. overture beyond the terms of JCPOA (Joint Comprehensive Program of Action) which gained them significant rewards.”

The Trump cabinet appears to be filled with Iran sceptics, including Secretary of State-designate Rex Tillerson, who advocated a thorough review of the nuclear deal and secretary of defence-designate Gen. James Mattis, who called Iran the biggest cause of instability in the Middle East