Iran’s New Battle Tank Is Boring; If It’s Even Real 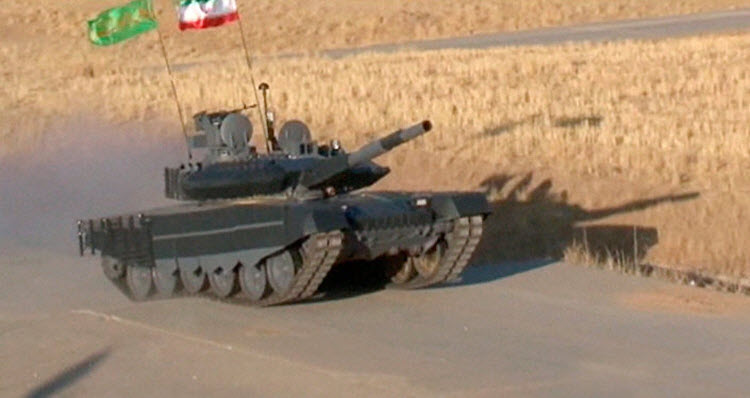 London, 15 Mar – The Iranian Regime is still trying to showcase its military power in an attempt to threaten countries like the US into kowtowing to their demands, but they certainly chose a strange way to do it.

Their new Karrar tank is decades behind the tanks of today; Kyle Mizokami actually called the Karrar tank “meh” in an article on Popular Mechanics.

However, this tank reveal could just be a hoax intended to get Iran a better deal on Russian armour. When a deal to buy several hundred T-90MS battle tanks from Russia fell through, Iran vowed to build their own.

Defence Minister Brig. Gen. Hossein Dehghan, even tried to paint the Karrar as superior to the T-90MS, which no one is buying.

Mizokami wrote: “The Karrar is almost certainly nowhere near as sophisticated as the T-90MS. An international pariah for its support of terrorism and its recently suspended nuclear program, Iran has been under various sanctions for decades and has taken to making low-quality knockoff tanks. Furthermore, negotiations with Russia were only recently terminated, and it is functionally impossible to design and prototype a tank in a year or less. The tank so precisely mirrors the T-90MS it’s possible that, other than a single prop, it doesn’t exist and is a bargaining chip to get Russia to lower its prices.”

He cites that the promo video appears to have been filmed inside a different tank, previously bought from the Russians and is probably faked in the same vein as their Qaher “stealth fighter“, oil drum surface to air missiles, and nuclear-powered warships.