Iran to Aid in the Reconstruction of Syria 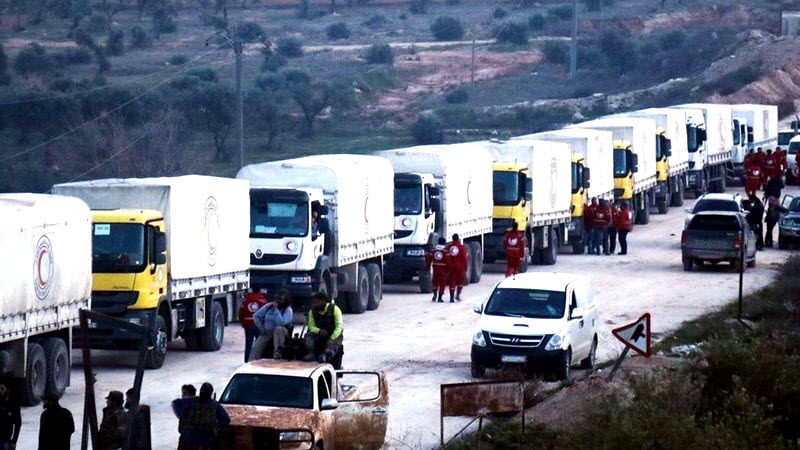 London, 2 Jan – A senior Iranian official said on December 30 that Iran is ready to help with the reconstruction of Syria, according to the state-run Fars news agency.

The head of Iran’s Chamber of Commerce Gholamhossein Shafeie told the Chamber of Commerce that public officials in Iran and Syria are cooperating comprehensively over Syria’s future development, with Iran’s private sector ready to supply basic goods to the Syrian people.

This has righty angered the Iranian people, who are barely making ends meet thanks to four decades of mismanagement and corruption. Currently, inflation in Iran is estimated by the government at 46.5% for food and beverages, 54.9% for transportation, and 52.6% for home appliances, but outside sources say that the actual inflation rate is over 200%. Wages have stagnated if they are being paid at all.

With 80% of Iranians living below the poverty line and struggling to afford even the most basic of goods, this is yet another example of the Mullahs funnelling money away from the people who it belongs to.

Of course, Iran is largely responsible for the damage caused in Syria, with their support of Dictator Bashar Assad prolonging the civil war well past its end date. That’s why for the past year, protesters in Iran have been chanting “Leave Syria and think of us”.

The Iranian Chamber of Commerce established a department for reconstruction in Syria, including technical engineering, electrical, industrial, and agricultural services, two years ago.

They’re promising agricultural aid to Syria as thousands of farmers in Isfahan are still protesting the denial of their water rights, due to the diversion of the Zayanderud river away from Isfahan and towards neighbouring provinces for industrial uses.

They’re pledging electricity to Syria, despite the fact that Iran had a 5,000-megawatt (roughly 7%) shortage last summer that, according to the Iranian Minister of Energy, left many Iranians in the southern provinces without electricity during a heat wave. In fact, during that time, Iranian media reported that Tehran and a number of other provinces suffered such severe power shortages that “for the first time” Iran’s power supply reached zero.

However, Iran is also facing manufacturing crises, with many of its industries going bankrupt following privatisation, including the once lucrative automobile industry. So how will Iran pay for the reconstruction of Syria? Well simply, as they get all of their money, by stealing from the Iranian people.

The only way to save Iran and the Middle East is by evicting the mullahs.

New commander takes charge as US prepares to accuse Iran

The Independent on Sunday: The new US military commander...