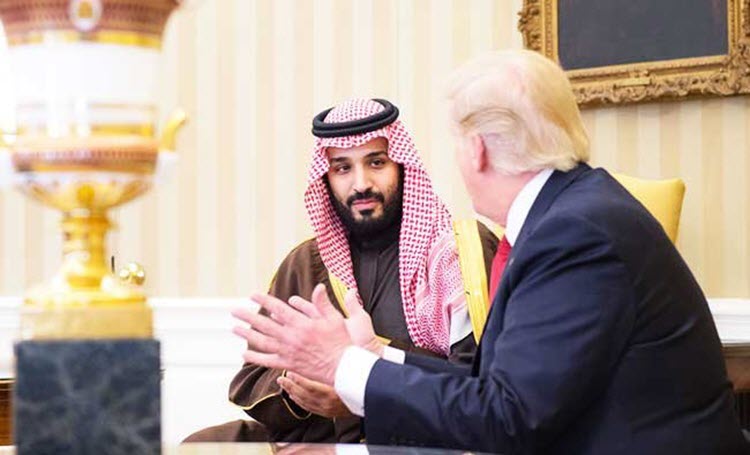 London, 15 Mar – Donald Trump welcomed the Saudi Deputy Crown Prince Mohammed bin Salman to the White House earlier this week, in what has been called a “historic turning point”.

A senior adviser to the Crown Prince gave a statement after the meeting, in which he noted that this marked a shift in relations compared with the relationship under President Obama.

Simon Henderson, a fellow at the Washington Institute for Near East Policy and director of the institute’s Gulf and Energy Policy Program, said: “[The Trump administration see Saudi Arabia] as a crucial part of the Middle East and an important country to have a positive relationship with – even if there are irritants in the relationship. This is at odds with the Obama administration, so they want to make that clear distinction.”

They also discussed their concerns with Iranian expansionism.

This is Mohammed bin Salman’s first visit to the US since June 2016, when he unveiled his Saudi Vision 2030.