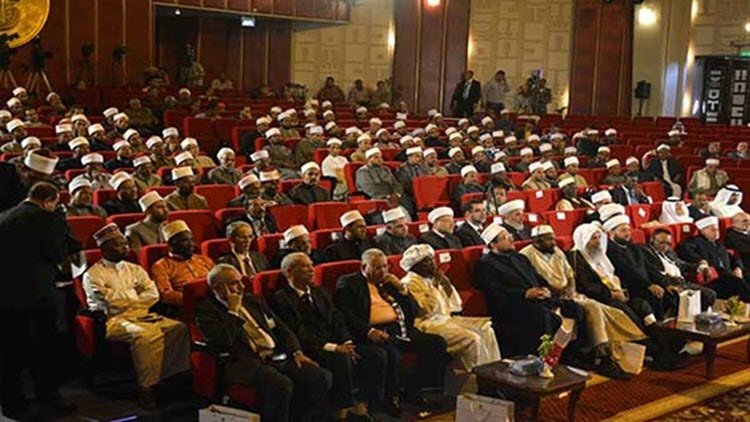 London, 16 Mar – Leading Muslim figures from all over the world gathered in Cairo to discuss the international cruises facing Muslim people, from hate crimes, to terrorism, to extremist attitudes.

The Supreme Council for Islamic Affairs was addressed by Tawfiq al-Sudairi, the Saudi deputy minister for Islamic Affairs, Endowment, Dawa and Guidance who talked about the importance of separating religion from extremism and lambasted those who have perverted religion for their own ends and harmed the tolerant reputation of Islam.

He called for unity on “political, intellectual, security and religious fronts to confront deviant ideologies”.

Abdulrahman al-Rashed, the former General Manager of Al Arabiya News Channel, wrote on Al Arabiya that the Saudi’s speech was one of the most impressive in the whole conference.

He wrote: “Sudairi’s statements at the conference in Cairo leads us to the core of this crisis. A plan of action, which requires collective efforts, must be devised to achieve what he called for.”

Al-Rashed lauded it for calling for unity in order to oppose extremist attitudes, which eventually lead to terrorist acts.

He wrote: “Terrorism is the final step in the ladder of extremism. It is not possible to neutralise terrorism without fighting extremism. Those concerned must keep this in mind.”

This does not mean extreme views held by individuals, but extreme views held by groups who then try to push that view onto others, either through propaganda or through force. al-Rashed notes that extremists use injustices against one particular subset of Muslims (like hate crimes in Western countries), to plant the seeds of extremism into people’s heads, pruning the hatred until it grows into terrorism.

He wrote: “Most dangerous extremist activities are generally based on exploiting religious activities that had no political purpose in the past. These are related to collecting of funds, education, data, media and charity. They hijack them and even expand their operations to include students, women and foreigners. These extremist movements even have organised activities, which include travelling across the world to poor and progressive countries to exploit wars and famine.”

This type of extremism can be seen today in Iran; a country which heavily suppresses it’s own people and controls the media. They recently used Trump’s Muslim bar to attempt to gaslight Iranians into hating the West; a trick employed by sociopaths to make their victims feel like someone else is the enemy rather than their abuser.