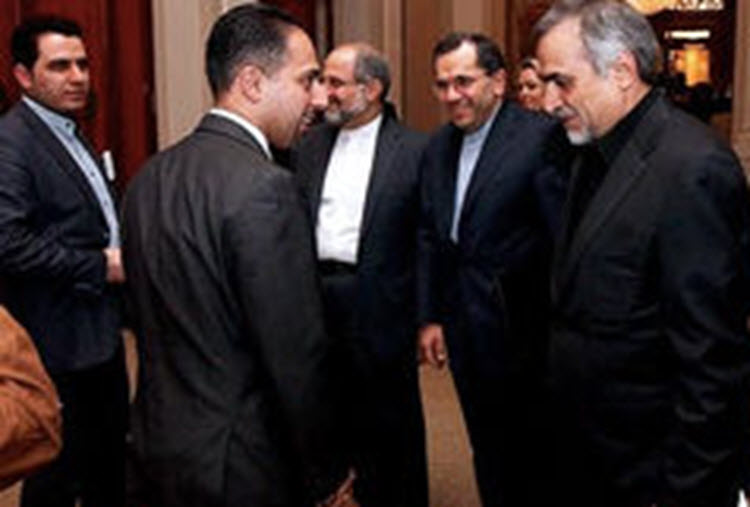 London, 30 May – The Iran Lobby, a group of Regime puppets in the West, are trying yet again to portray the divides with the Regime’s top leaders as a case of moderates versus hardliners and downplay the role of Supreme Leader Ali Khamenei in the recent so-called elections.

The most vocal of the pro-Regime groups is the National Iranian American Council (NIAC), who spend most of their time trying to persuade the US Government to appease the Regime in case relations somehow get worse.

Reza Marashi of the NIAC, wrote an op-ed on the Huffington Post describing so-called reformists within the Regime as medieval knights fighting off dragons. In a way this is apt, as medieval knights also treated the citizens of their countries terribly (high taxes, executions, rampant poverty).

Iran Lobby, a site dedicated to watching- and reporting on- the puppets, wrote: “He goes on to portray Rouhani’s [barely critical] statement as threatening to the regime and a minor miracle he wasn’t hauled off to Evin Prison for daring to utter such statements. Pardon us while we laugh hysterically at Marashi.”

While Marashi does correctly identify that the Iranians want a moderate running their country, he mistakenly identifies Hassan Rouhani as that moderate. Rouhani has seen over 3,000 executed during his first term, a number only tempered because of sanctions relief he was working on from the international community. Under Rouhani, executions rose at a rate that had not been seen in Iran for nearly 30 years and in his second term, it is likely to rise dramatically again.

Iran Lobby wrote: “Rouhani has never been, nor ever will be considered a true moderate. He is a loyal member of the regime, pledging allegiance to the same radical theology that all office holders swear to. His past record in military, religious and judicial matters have provided him with bona fides as a harsh punisher of dissent.”

Meanwhile, Tyler Cullis of the NIAC, has criticised Democratic Congress members for supporting bipartisan efforts to increase sanctions on Iran in response to various missile tests and human rights abuses, predicting that increased sanctions will lead to a war that the US does not want.

While Iran may dedicate an awfully high percentage of their GDP towards the military (both directly and indirectly), there is no way that anyone can see Iran taking on the might of the US armed forces.

Iran Lobby wrote: “Cullis proclaims that war with Iran is the sure outcome from any effort to get tougher with Iran. Of course, that assumes that the mullahs’ only reaction is to go to war with the US by this logic. In fact, the real story is that the mullahs purposely used the nuclear deal to buy time and get out from crushing economic sanctions that were threatening the very existence of the regime.”