US Must Support Regime Change in Iran 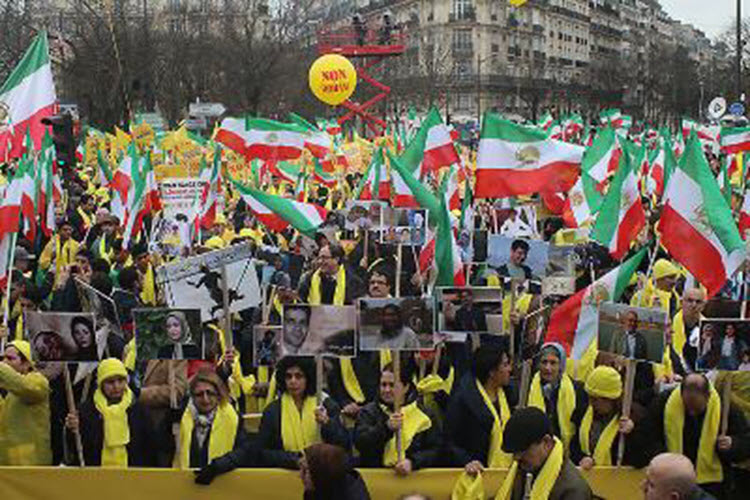 London, 20 Jun – Donald Trump’s attitude towards Iran could not be more different from that of his predecessor. Whereas Barack Obama favoured attempting to open dialogue, a move that has ultimately failed, Trump prefers direct action.

However, the administration still appears stalled when it comes to an official policy towards Iran.

Dr. Ivan Sheehan, director of the graduate programs in Negotiation and Conflict Management and Global Affairs and Human Security in the School of Public and International Affairs at the University of Baltimore, wrote an op-ed for Townhall in which he assessed that the Trump administration must acknowledge when deciding on US policy towards Iran, that the ultimate goal is Regime change.

Sheehan congratulated Trump for finding the loopholes that allowed the US to technically remain compliant with the nuclear deal, while still imposing sanctions on the country, as this significantly weakened the Regime.

He also praised the administration for reaching out to traditional allies to Saudi Arabia and Israel, much to the chagrin of Iran who made various threats in the aftermath of the state visits.

Regime Change, which means the complete overthrow of the barbarous Iranian Regime, is widely supported by the Iranian people.

Sheehan wrote: “The Iranian people are among the most progressive and well-educated peoples in the Middle East and they are overwhelmingly opposed to the regime that has barred them from expressing their secular democratic preferences for nearly four decades.”

This is why the US and the international community as a whole should support Regime change.

Sheehan wrote: “This is not to say that I – or anyone with a sensible handle on Middle East affairs – believe the U.S. should facilitate regime change directly.”

He believes that this change should be driven from within.

He wrote: “Both within Iran and amongst the Iranian expatriate community there are millions of people who are either actively pushing for the establishment of a truly democratic system in place of the existing theocracy or silently advocating for that goal when outside of the nearly omnipresent gaze of the Iranian security state.”

Nowhere is this more obvious than the annual Free Iran rally in Paris, organised by the leading coalition of the Iranian opposition, the National Council of Resistance of Iran (NCRI), which attracts over 100,000 people including activists, politicians, and military experts from around the globe.

This year’s rally, to be held on July 1, will be broadcast across Iran via satellite to millions of residents who defy the Regime’s strict censorship laws.

Sheehan wrote: “The stage is now set for a much more comprehensive change of policy toward Iran, and one that includes a dramatic expansion in potential American partnerships. The Iranian people should never have been neglected in Middle East policymaking. The only reason they have been is because acknowledging the popular will of the people would have necessitated endorsing a goal of regime change long ago.”

He continued: “President Trump could become the first American leader since the Iranian Revolution to give the people of Iran a voice on the world stage. But doing so presupposes that the U.S. will support their message. And that message will be made clear on the banner celebrating the NCRI’s Paris rally: regime change is in reach.”

AFP: Britain protested furiously on Tuesday to Iran over...