Iran Regime Cabinet Is Filled With Murderers, Terrorists, and Torturers 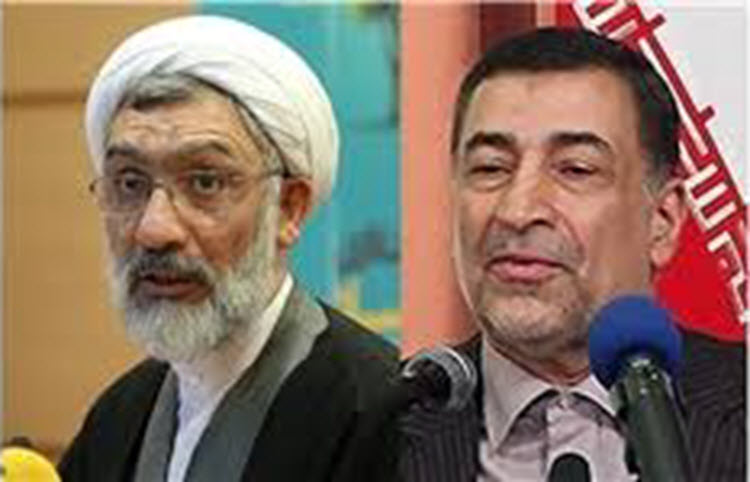 London, 23 Aug – As Hassan Rouhani begins his second term, he has made some significant changes in his Cabinet, mainly increasing the members who are responsible in some ways for the murder and repressions of Iranians.

The new Cabinet line-up, which was announced on Sunday, includes sixteen members who are linked to or worked in the Iranian Regime’s personal terror squad, the Revolutionary Guards Corp (IRGC) and more still who were involved in the 1988 massacre of 30,000 political prisoners or who are noted torturers.

The IRGC is the main force responsible for repression and killings of Iranians and for exporting terrorism around the Middle East and yet Rouhani has appointed 16 of them to his cabinet.

Rouhani also made a bizarre choice for Justice Minister, when he appointed Alireza Avaie, a key member of the Death Committee in Khuzestan province in southern Iran during the 1988 massacre.

The Death Committee were responsible for deciding who lived and who died during the massacre; very few political prisoners made it out alive and it was more down to luck than anything else.

The previous Justice Minister Mostafa Pourmohammadi, was a member of the Tehran Death Committee and claimed he was proud of his involvement. Apparently, part of the job description for Iranian Justice Minister is a having taken an active role in crimes against humanity.

He played a significant role in the crackdown on the 2009 uprising, including raiding the homes of accused people and interrogating them.

He has also been linked to the import of psychedelic drugs for interrogation purposes; which is of course a ridiculous pseudoscience. Psychedelic drugs don’t make someone tell the truth, they make them hallucinate and cause them to lie, but this is probably what the Regime wants.

Even fellow Regime members have warned that Jahromi is secretive about his methods and his true beliefs.

Mohammad Ali Pourmokhtar, a member of the regime’s parliament, said to Rouhani: “With the introduction of Azari Jahromi as the Minister of Communications, don’t convert this ministry into the Ministry of Intelligence.”

Rouhani replied: “Jahromi attended the meetings of the Supreme Council of Cyberspace for a while on behalf of Alavi (Minister of Intelligence), when he was in the Ministry of Intelligence. The reason I insisted that he join [the cabinet] was because we have a lot of complicated issues in security matters. If I am not in a meeting, one must be there to know the security.”

Rouhani’s cabinet picks should send a clear message to the international community that he is not, and has never been, a moderate. Our only hope for a moderate Iran is with regime change and this can only be achieved by supporting the Iranian Resistance (MEK).