Saudi FM: I Agree With Trump on Iran 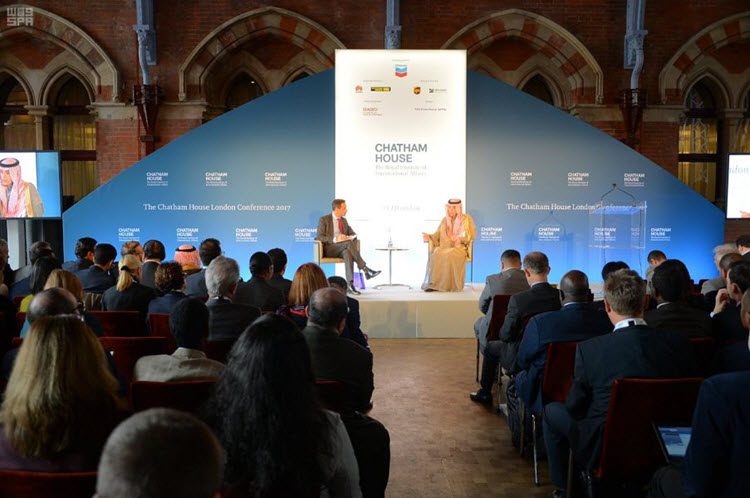 London, 25 Oct – The Saudi Foreign Minister, Adel Al-Jubeir, has stated that the Kingdom of Saudi Arabia supports the new US position on the Iranian Regime, as put forth by Donald Trump, noting that the 2015 nuclear agreement contains several problems.

Al-Jubeir made these comments at a panel on the future of worldwide turbulence, organised by the Royal Institute of International Affairs (commonly known as Chatham House), on October 25.

During the London conference, Al-Jubeir said that the Iranian Regime’s policy of supporting terrorism and terrorist activity around the world was unacceptable and would have dire consequences.

As such, new US sanctions against the Regime- particularly those against the Iranian Revolutionary Guards Corps (IRGC) who control the majority of the economy and are responsible for much of the financing of terrorists- would send a strong message to the Regime about their dangerous behaviour.

He also stressed that the international community should support these sanctions in order to make them more effective and to show the Regime that their actions have consequences.

Al-Jubeir also spoke about the growing relationship between Iraq and Saudi Arabia, which has been strained since the 1990 invasion of Kuwait by Saddam Hussein’s Iraq. The two countries are working towards creating the Saudi-Iraqi Coordination Council, which will increase bilateral ties and increase Iraq’s stability and security.

Al-Jubeir said that Saudi Arabia wanted to make Iraq a more unified, stable and secure country that is not marred by ethnic and sectarian conflicts.

This is a very good thing because it will limit the amount that the Iranian Regime is able to influence the government of Iraq (as they have been doing in various ways since the US invasion of Iraq). Iran wants to control Iraq because it is part of their plan for a Shiite Crescent across the Middle East from the Persian Gulf to the Mediterranean.

Another place of great interest to Saudi Arabia is Iranian-ally Qatar, which is currently subject to a boycott by at least four Arab countries including Saudi Arabia.

Qatar is currently refusing to help in the fight against terrorism, which is undetectable when you consider that their key ally is the world leader in state sponsorship of terrorism. However Al-Jubeir said that the issue is up to Qatar and they could not be forced to take part.

He said: “Qatar’s boycott resulted in the signing of a memorandum of understanding with the United States of America to combat the financing of terrorism, and the Qatari authorities allowed officials of the US Treasury Department to be in Qatari banks, in addition to Qatar’s amendments to the regulations on combating terrorism, pointing out that these steps were rejected by the Qatari authorities before the boycott.

Chatham House is an non-profit dedicated to the understanding of major international issues and current affairs.