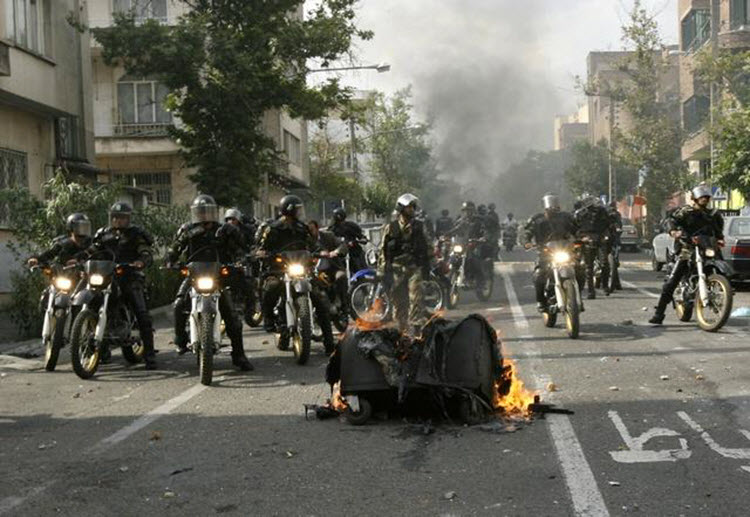 London, 2 Jan – A secret meeting between high-ranking mullahs in the Iranian establishment (including Supreme Leader Ayatollah Ali Khamenei, political leaders and heads of security) revealed that the widespread civilian protests that have taken over Iran in the past week have severely damaged the economy and threaten the security of the state.

These notes- which covered several meetings up until December 31- were leaked to Fox News by the National Council of Resistance of Iran (NCRI), who have informers within the top ranks of the government.

The meeting notes showed discussions about the rising protests and how to stop them from going further-apparently stopping executions, raising employment, and ending regional interference was not how the Government wanted to tackle it.

The report read: “Religious leaders and the leadership must come to the scene as soon as possible and prevent the situation (from) deteriorating further. God help us, this is a very complex situation and is different from previous occasions…In Tehran today, people were chanting slogans against Khamenei and the slogans used yesterday were all against Khamenei.”

The intelligence division of Iran’s terrorist Islamic Revolutionary Guard Corps (IRGC) is currently “monitoring the situation” and “working all in coordination to prevent protests”, according to Fox News. All members of the Government are advised to be on alert.

It read: “The security and intelligence forces must constantly monitor the situation on the scene and conduct surveillance and subsequently report to the office of the leadership.”

The notes also show that the Government is aware that the Iranian people are chanting slogans to signal their issues with the Government, including “Death to the dictator,” and “the leader lives like God while the people live like beggars”.

The Government has not yet implemented a “red alert”, according to the notes, which would lead to direct military intervention against the protesters as they fear the this would “backfire” and further “antagonize the protesters”.

They also mention NCRI leader, Maryam Rajavi, in the notes, saying that she is united with the West (whom they called Infidels). The notes said that Donald Trump and other US officials supported the protesters (whom they called Hypocrites).

The notes accuse Rajavi of organising the protests to bring about Regime change and said that the protests are being led by the PMOI/MEK (Iranian opposition).

These protests have been raging for six days now, with the death toll of protesters killed by the security forces at 30, after nine more were killed on Tuesday.

Reuters: Iran is struggling with international sanctions aimed at...

Iran: Woman to Be Buried Up to Chest and Stoned to Death In The Next Five Days