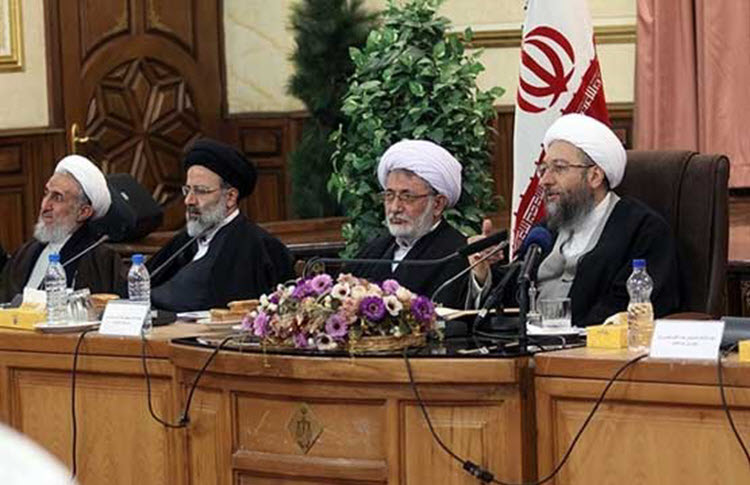 London, 7 Jun – The Iranian judiciary will only allow 20 lawyers to represent people charged with crimes relating to national or international security, political and media during the investigative stage of a case, according to Human Rights Watch (HRW).

Earlier this week, the state-run Tasnim News Agency published the names of the 20 lawyers allowed to defend against these charges.

This is less than 0.1% of the 20,000+ lawyers that are registered with the bar association in Tehran, but sadly it’s not strange that Iran is implementing these restrictions.

In fact, a common tactic for Iran to remove access to a fair trial for activists, journalists, and others critical of the state – whom these type of charges are often falsely brought against – is to reject the lawyer that they choose, sometimes as late as during the trial.

In 2014, the Regime’s parliament was supposed to pass a law ensuring that defendants had access to a lawyer, but instead the law required that defendants select a lawyer from an approved list. That list did not exist until this week.

This move by Iran has been met with staunch criticism from lawyers and political activists.

Iranian Nobel Peace Prize winner and lawyer Shirin Ebadi, who lives in exile, said that the list would destroy any notion of an independent judiciary and the rights of the accused to an adequate legal defence.

She said: “The most important issue is that all defendants charged with political or ideological offences from now on will be deprived of their right to legal counsel.”

While high-ranking Iranian defence attorney Nasrin Sotoudeh said that this list is actually worse than the previous lack of a list because it erases the political dissident’s right to defend themselves.

She said: “Lawyers could take up their cases and carry out their professional duties despite all the dangers they faced, but now even that limited right is being completely eliminated… we have to say goodbye to the legal profession in Iran.”

Sotoudeh said that many defence lawyers in Iran plan to protest the move via sit-ins.

Amir Raeisian, a human rights lawyer, pointed out on Twitter that the list is incredibly flawed, as it contains no women and no leading members of the Iranian bar association.

Raeisian wrote: “Some of my colleagues and I have been verbally told that we absolutely cannot accept political and security cases because we are not among the 20 listed lawyers—not even when the case goes to trial.”

While fellow human rights lawyer Hossein Taj called the list a “big step backwards” and “a great mistake” on Twitter.