Iran and Russia Clash in Syria 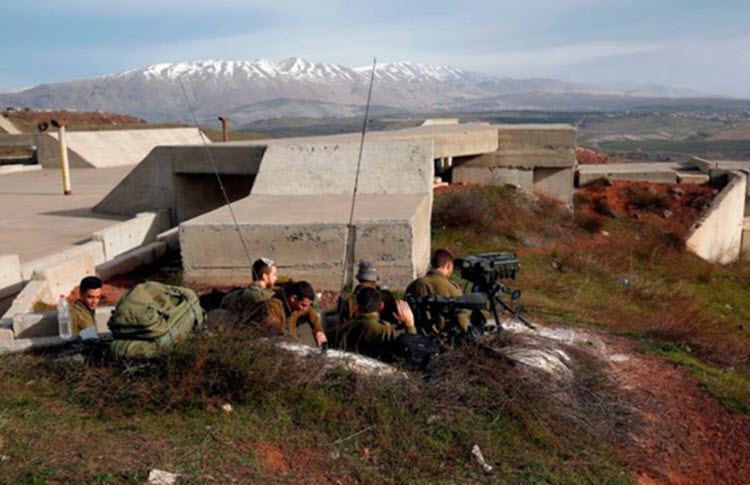 London, 7 Jun – Iran-backed forces and Russian troops clashed near the Lebanese border in Syria this week, according to two non-Syrian officials in the pro-Bashar Assad alliance, after Russia deployed troops in an area that the Iranian forces, including Hezbollah, had objected to.

This conflict was resolved on Tuesday, after soldiers from the Syrian army took over the three positions near the town of Qusair that Russia had deployed to, according to one of the officials – a military commander who spoke to Reuters on the condition of anonymity. Hezbollah fighters are still stationed in the area.

He said: “It was an uncoordinated step. Now it is resolved. We rejected the step. The Syrian army – Division 11 – is deploying at the border.”

This seems to be a rare case of Iran and Russia being out of sync, when it comes to propping up the Syrian dictator. Iran has been involved in the war for years and experts say that they have prolonged it far beyond its natural end. If not for Iran, Assad would have fallen long ago.

Although Russia has not officially commented on the action, the commander speculated that it could be part of a plan to reassure Israel, who has launched several attacks on Iran-backed forces over Iran’s role in Syria, including a suspected attack on a military air base in the region on May 24.

Israel basically wants Iran-back forces kept far from its borders and, ideally removed from Syria altogether. This has become even more prominent after Iran’s Revolutionary Guards launched a missile at into the Israeli-occupied Golan Heights from inside Syria in May.

The US wants to preserve a “de-escalation” zone in south-western Syria, something agreed to by Russia and Jordon in 2017, to contain conflicts near the Israeli border.

Russia has also recently called on all non-Syrian forces, including Iranian ones, to leave southern Syria.

The second official said the “axis”, which is how Iran describes itself and its allies in Syria, is “studying the situation”. Although Russia and Iran have worked together in Syria, their different agendas are becoming all the more apparent.

Qusair is important to the Iran-backed forces as it was the site of a major battle of the Syrian civil war in 2013, when the Iran-backed Hezbollah helped turning the tide in favour of Assad by defeating rebels.

The rebel-held areas near the Syrian-Israeli border are a new focus for the Regime after crushing the rebel pockets near the capital.