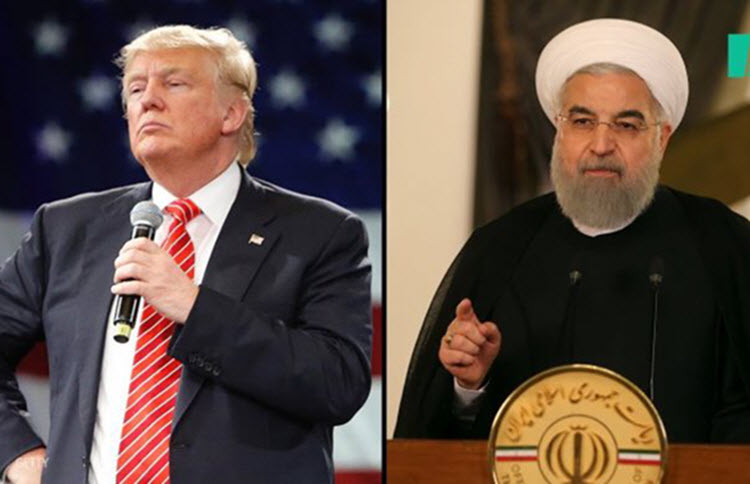 London, 2 August – Donald Trump suggested on Tuesday that diplomatic talks with the leaders of Iran were imminent, but the Iranian Regime has dismissed and criticised the idea, with one lawmaker calling the proposed negotiations a “humiliation”.

Trump, who has previously said that he would meet the Iranian leaders at “any time” with no preconditions, told a rally in Tampa, Florida, that he had a feeling that the talks would occur “pretty soon”, but that even if they didn’t, that was still okay.

Trump then addressed the 2015 nuclear deal between Iran and world powers, which he withdrew from in May, due to concerns that Iran had been cheating on the deal and that it did not address all of Iran’s malign behaviour.

He said: “It’s a horror show. I hope it works out well with Iran. They are having a lot of difficulty right now.”

The difficulty refers to Iran’s spiralling economy, which was caused by the Regime’s corruption and mismanagement, but has been exacerbated in recent months due to a new tough US policy on Iran and nuclear-related sanctions that will begin to be imposed from August 6.

Right now, inflation in Iran has caused housing prices to increase by over 50% in the past year and for the rial (Iran’s currency) to lose two-thirds of its value since February.

The reaction from the Iranian Regime has been predictably sour, with most calling Trump’s proposal of talks and negotiations a PR stunt or saying that Trump’s withdrawal from the nuclear deal makes his “untrustworthy” or a “liar”.

Others have claimed that due to the pressure that Trump has put them under, there is no way that they would engage in talks with him.

Ali Motahari, the deputy speaker of parliament, said: “With the contemptuous statements (Trump) addressed to Iran, the idea of negotiating is inconceivable. It would be a humiliation.”

Iran’s supreme leader Ayatollah Ali Khamenei even said that any negotiations with Trump would “useless”, while Iranian foreign ministry spokesman Bahram Ghasemi said that “there is no possibility for talks.”

Of course, if Iran is unwilling to talk with Trump, then maybe the US should take a different tactic and start negotiating with Maryam Rajavi, president-elect of the Iranian Resistance.

Rajavi, who is supported by some of those closest to Trump like personal lawyer Rudy Giuliani, has a ten-point plan for a free Iran that will be implemented once the people have overthrown the mullahs and she will soon lead the country into a democracy. Negotiations with the mullahs will only strengthen their hand, so the US should look to the future and start talks with Rajavi instead.

AFP: Iran announced Monday it has made another breakthrough...