U.S. President’s Predicaments Won’t Stop the Us From Getting Tough on Iran 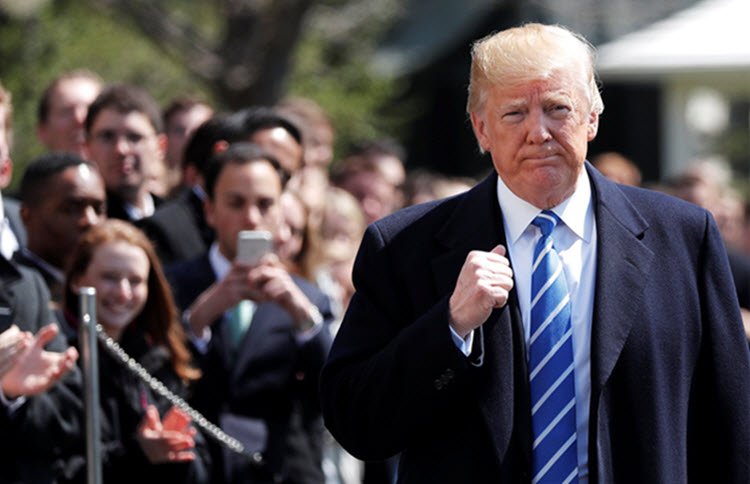 London, 28 August – Pro-Iranian governments and Hezbollah media outlets are gloating over the news that Donald Trump’s days in office may soon be ending, which reflects entirely how much of a threat he posed to their continued existence and how his policy on Iran constantly thwarted the mullahs.

Trump is going through a significant political crisis, but he has not yet been impeached or otherwise forced out of office. Therefore, any errant speculation by the media of a country or by officials themselves will not help these countries if Trump remains in power until the end of his first term.

After all, these same media outlets predicted that Trump’s election would only help expand Iran’s power and that has proven not to be the case. They said that his stance on the 2015 nuclear deal with Iran would soften once he took office, but in October 2017, he reported that Iran had not been complying with the deal and pulled out officially in May 2018, after giving Europe time to amend the deal, which they didn’t do. They also said that he would end the Arab boycott of Qatar, withdraw the US from the Syrian and Iraqi crises, and impose concessions and a solution for the war in Yemen. They were wrong.

Another thing to bear in mind is that it’s incredibly hard to get rid of a US president once elected. The only ways that a President can be removed from office is through the long and complicated process of impeachment or death. In order to impeach a US president, a two-thirds majority in the Senate is required, but this is unlikely at the minute because Republicans control the Senate and they still largely support Trump.

Most importantly, even if Trump were removed from office tomorrow, US policy on Iran wouldn’t change. Vice President Mike Pence and most Republicans are in favour of the current US policy on Iran, so if Pence became President, he wouldn’t suddenly rejoin the nuclear accord or lift sanctions.

Abdulrahman Al-Rashed, the former general manager of Al Arabiya news channel, wrote: “This means that Trump’s era will continue until the end of 2020 with or without him — his policies will persist, including stifling Iran in an unprecedented manner and supporting the legitimate government in Yemen and its war against separatist militias. His policies may also become tougher in Iraq and Syria against Iran and those acting under its command. Thus, Trump’s policies will remain for his entire era and are likely to continue during the next era as they have restored the foreign policy adopted by the US before Barack Obama’s second term, which was an anomaly.”

Reuters: Iran has stymied a U.N. inquiry into whether...

AFP: The head of Russia's nuclear agency Rosatom will...