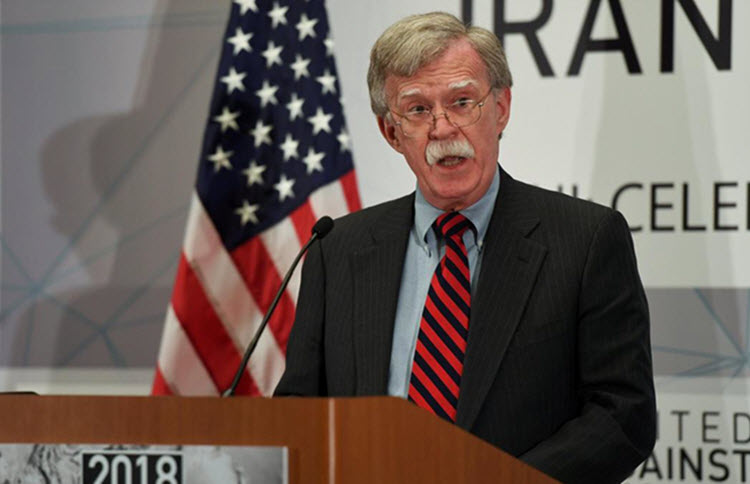 London, 8 Nov – National security adviser John Bolton said on Monday that US sanctions on Iran have already had an “enormous” effect, driving Iran’s economy into a depression before they even came fully into effect.

Bolton said: “We’ve already seen the consequences in Iran… The rial, the currency, has declined by 70 per cent since the sanctions, inflation has quadrupled. The country is in recession.”

Ever since sanctions were announced in May, businesses have been pulling out of Iran fast and this has destroyed the already fragile Iranian economy. This means that Iran lacks the money to finance its nuclear program, terrorist groups, or even the repression of the nationwide protests that have been exacerbated following the announcement of sanctions.

While the sanctions have not been as harsh as some hoped – eight countries were given sanctions waivers and are still allowed to import Iranian oil – Bolton claims that this is still indicative of Trump’s “maximum pressure” approach and that the US will work with those countries to get their imports down to zero “over an extended period of time”.

He advised that these countries had relied on Iranian oil for the past two years, so it might take some time for them to switch over, but that other oil producing countries would be key to this. Indeed, US Energy Secretary Rick Perry wrote an op-ed in The Wall Street Journal, entitled “The World Can Live Without Iranian Oil”.

Bolton explained that the Energy Department had already done a great job in getting other oil-producing countries to increase their production and that soon it will reach a point “where nobody responsible needs to buy oil from Iran”.

He also advised that there are harsher sanctions coming, which Iran would not be able to evade through any means, even noting that the US is more than willing to go after foreign countries or companies that violate the sanctions in court, as well as cutting them off from the US financial market.

He said: “Not only will we have the incredibly important civil enforcement from the Treasury Department’s Office of Foreign Assets Control, the Justice Department criminal investigators are going to be all over this. They’ve already got a number of important cases against Iran sanctions violators. I think they’re going to put – make this a big priority. There’s a lot of risk for any company that comes anywhere close to Iran.”

When asked whether the US should expect retaliation from Iran, Bolton shrugged off the question. After all, Iran is far less powerful than the US in every way.

He said: “The Mullahs in Tehran either change their behaviour dramatically or face economic disaster.”

AP: Tehran will almost triple the number of commercial...

Reuters: U.S. forces freed a group of Iranians on...