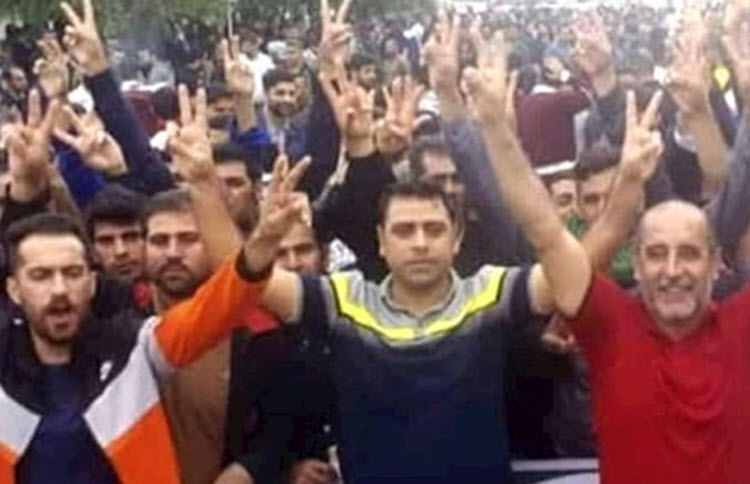 London, 13 Dec – It’s been nearly one year since the widespread protests against dictatorship broke out in Iran and the government has failed to quell the people’s legitimate anger, despite increased repression and mass illegitimate arrests.

In fact, 2018 has seen thousands of protests and hundreds of strikes from every sector of Iranian society, bringing together factory workers, teachers, truck drivers, and many more industries together to fight low or unpaid wages, poor working conditions and spiralling inflation. Here, we’ll look at some of the biggest strikes.

The most recent strike at Haft Tapeh began on November 2, drawing in many residents from the town of Shush, where the factory is based, despite threats from security forces.

The workers are protesting the non-payment of their wages, the privatisation of the company, and the arrest of their colleagues for peacefully protesting.

One arrested activist, Esmail Bakhshi, is believed to be in critical condition in prison after being tortured. He was arrested after delivering speeches exposing the fraud of Haft Tapeh’s owners and decrying that the benefits of privatisation were nowhere to be found.

On 18 November, in his last speech before his arrest, Esmail said: “Those police forces are those have not taken our slogan seriously so repeat it louder: Neither threats nor prison, are effective anymore.”

He was then arrested along with 18 other workers, including prominent Haft Tapeh unionist Ali Nejati, and news reporter Sepideh Gholian. Since then workers and students across the country sent their support to the striking sugar factory employees.

The steelworkers entered their 32nd day of the strike on Monday, chanting “Free all jailed workers!”, “Threats, imprisonment won’t stop our protests!”, and “The workers would rather die than succumb to a life of indignity!”

This is the latest in a series of strikes during 2018, with one in the spring lasting for 56 days. The workers are demanding payment of their insurance fees, new years’ bonuses, months of overdue wages, the right to form a workers’ council, the freeing of arrested worker activists, and the return of their factory to public ownership.

Educators have also taken part in a series of strikes this year, which is a shock to the government as the profession used to be a pillar of the Religious Fascism.

In their latest strike in November, the teachers protested their low wages, a dire standard of living, and severe problems with the education system. Over 340 schools in 80 cities and 25 provinces participated in the sit-in.

Meanwhile, truck drivers in over 200 cities held weeks-long strikes over inflation that affected their expenses, ow wages and poor working conditions. In October, up to 300 truckers were arrested.

Bloomberg: Iran is continuing to enrich uranium and has...