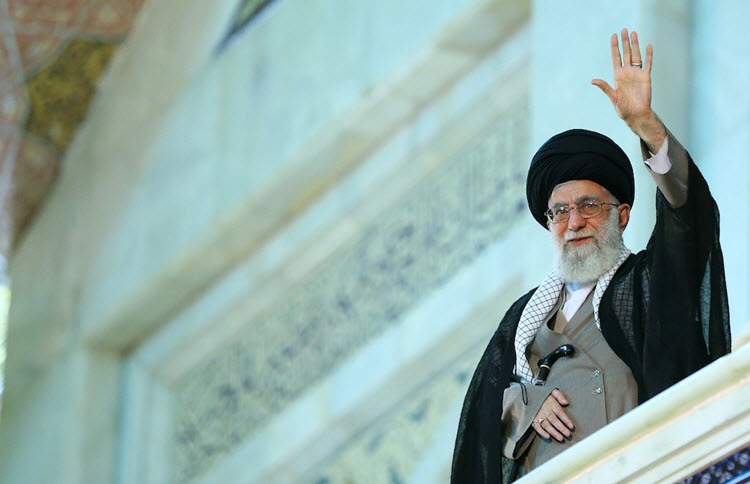 Prayer leaders in several cities expressed their fear of the current turbulent conditions of their clerical dictatorship.

According to Hassan Amoli, Friday prayer leader of Ardebil:

• The U.S. sanctioned the IRGC and called it a terrorist group but didn’t get any results.

• The reason they labeled the IRGC as a terrorist group, was that the hypocrites (a name used by mullahs to refer to PMOI) suggested to Pompeo that since the Iranian people hate the IRGC, if you blacklist the IRGC people will join you; with this dream, Pompeo blacklisted the IRGC, yet the IRGC is the heart of Iran.

• Today there are some people who are afraid of Trump, of America, why? They say everything is in the hands of Trump, they’ve got power, money, but he is no one.

• Today we are manufacturing our own missiles. We could target all of their bases then why should we be afraid.

After French President Emanuel Macron’s statements against Iranian mullahs, state-run Resalat newspaper demanded the expulsion of the French ambassador from Iran. “Macron’s recent statements mean the French insist on fighting against the Iranian establishment. Under such circumstances, the continued presence in Tehran is meaningless. The expulsion of the French ambassador must be put on the agenda,” Resalat writes, and adds, “Charges against Elysees have been proven, including the altering the JCPOA with the help of the U.S., preventing the formation of the special European financial instrument, attempts to limit the missile capabilities and attempts to limit the Iranian establishment in the western Asia region.”

State run KeyhanNews writes, “When it comes to making an enemy of Iran, Trump and Macron put aside their differences.”

Keyhan seems to be saying that western powers are conducting an “anti-Islamic Republic” project through good-cop bad-cop tactics. “The proponents of reforms who are still daydreaming about the JCPOA, are completing this puzzle through their rhetoric about the need to negotiate with Europeans,” Keyhan writes.

Siasat-e Rooz, another state-run outlet equates any retreat to the annihilation of the entire Iranian regime. “Some think that if we surrender to the desires of the enemy, our problems will be solved and there will be no need to resist. But the truth is that this line of thought will only lead to the destruction of the Islamic Republic,” Siasat-e Rooz writes.

State-run Vatan-e Emrooz, also state-run writes, “The policy of giving time to the Europeans was completely fruitless and only wasted the establishment’s time… therefore, we should consider the 60-day deadline given to Europe ended on day 29.”