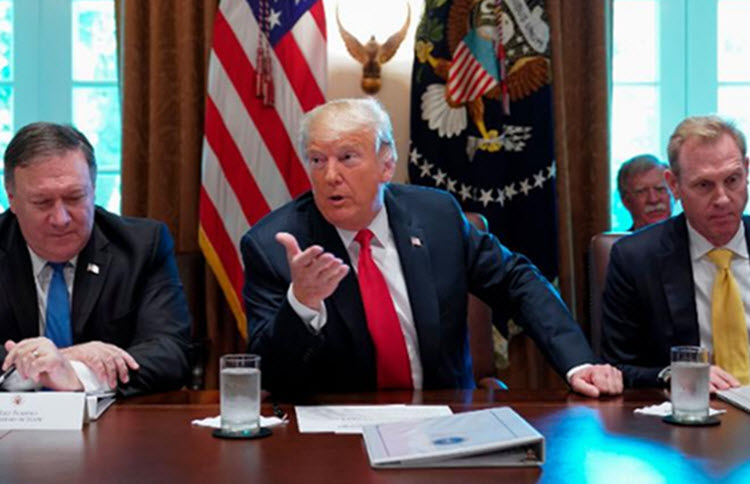 The Trump administration is working to persuade allies that the ongoing tensions in the Middle East are a global challenge that requires global diplomacy, according to the new acting US defence chief Mark Esper on Tuesday, and “not [just] Iran versus the United States”.

Esper, who is meeting with NATO defence ministers in Brussels, told reporters that he wants to help create a broader coalition to deter Iran’s malign behaviour and compel Iranian officials to come back to the negotiating table for a new nuclear deal.

Donald Trump pulled the US out of the 2015 nuclear agreement last May, citing Iranian noncompliance and the deal’s failure to address Iran’s other malign behaviour, and reimposed tough sanctions saying that he wanted Iran to agree to a much stricter deal.

Since then, Iran has been very volatile towards the US and US interests, including threatening to close a key shipping lane, attacking oil tankers, and shooting down a US drone. The US has responded with more sanctions, but Trump vowed the “any attack by Iran on anything American” would be met with a military force that could obliterate Iran.

Esper is supposed to reinforce Secretary of State Mike Pompeo’s earlier calls to build a broad coalition that would counter Iran and monitor shipping in the Persian Gulf to deter Iranian attacks. This is vital considering that Europe seems reluctant to embrace the US’s approach, even as Iran prepares to violate the nuclear deal’s restrictions on enriched uranium stockpiles.

Esper, who took over on Monday after the resignation of Patrick Shanahan, said: “This is not Iran versus the United States. This is Iran certainly versus the region, and arguably the broader global environment.”

Esper, who previously was a lobbyist for the defence contractor Raytheon Co., said his goals are:

He said: “This is the reason why we need to internationalize this issue and have our allies and partners work with us to get Iran to come back to the negotiating table and talk about the way ahead.”

Esper, 55, noted that the discussions about creating a maritime coalition are still in the early stages and could not talk about which allies have agreed to participate. However, it is worth noting that Europe is currently warning Iran not to increase its stockpiles of enriched uranium.

Iraqis hope to break backbone of insurgency in restive province