Who Was Qasem Soleimani, the Head of Iran’s IRGC Qods Force Terror Group? 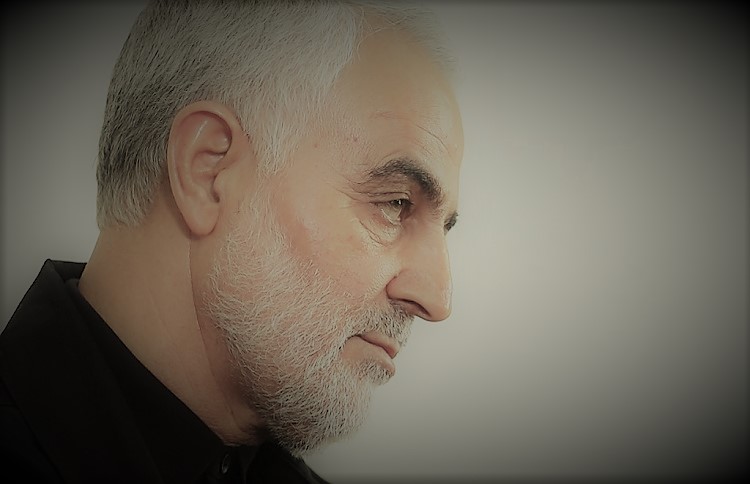 Soleimani was born on 11 March 1957 in the village of Qanat-e Malek, Kerman Province, to an impoverished peasant family.

In his youth, he moved to the southern Iranian city of Kerman and worked as a construction worker to help repay his father’s debt. In 1975, he began working as a contractor for the Kerman Water Organization. He spent his free time lifting weights in local gyms and attending the sermons of a traveling preacher, Hojjat Kamyab, a protege of Iranian regime’s founder Rohullah Khomeini.

Soleimani joined the Revolutionary war Guard (IRGC-Honorary corps) in 1979 following the Iranian Revolution. Reportedly, his training was minimal, but he advanced rapidly. During his very first days of service in the IRGC, he was stationed in northwestern Iran in the city of Mahabad, and actively participated in suppressing the Kurdish people’s uprising in West Azerbaijan Province.

Right after returning from Azerbaijan province, as a reward for his crimes in Mahabad, Soleimani was promoted as the commander of Kerman’s Quds base of the IRGC.

Qasim Soleimani in the Iran-Iraq War

When the Iran-Iraq war began, Soleimani trained several battalions of the IRGC troops in the southern city of Kerman and sent them to the southern front. He was later sent to the city Susangerd as the commander of an IRGC company. At the beginning of the war, he was commanding a brigade of the 41st Sar-Allah Division of Kerman. Later he was promoted and became commander of the 41 Mechanized Sar-Allah Division. Participating in the regime’s major operations.

Beliefs and Interests of Qasem Soleimani

Existing sources refer to Qasem Soleimani as someone who did not have academic military knowledge and is rather a self-taught military commander with personal experience and seems to value these experiences more than the orders of higher officials. His description of the Iran-Iraq war as ‘one of the cheapest wars’ and that Israel is in the range of Iranian missiles are some of his unintelligible claims. Qasem Soleimani participated in most of the regime’s military operations during the Iran-Iraq war, including Major Operations such as Valfajr 8 (Conquest of Faw) / Karbala 1 / Karbala 2 / Shalemche, etc.

As Khomeini accepted the ceasefire with Iraq, what he described drinking poison chalice, in 1989, Soleimani and the 41 Sar-Allah division returned to Kerman. This division, under Soleimani’s command, was involved in suppressing uprisings near the eastern borders of the country. Later on, Qasem Soleimani became a senior military officer in southeastern Iran.

Following the cease-fire with Iraq, the IRGC started the monopoly on drug trafficking to finance its overseas operations. Until his appointment as head of the Quds Force (in 1998), Qasem Soleimani was responsible for the production and distribution of drugs from Afghanistan to countries in the Middle East, Africa, Europe, and the United States. The IRGC continued trafficking drugs, under the pretext of “Fighting drug trafficking.”

Qasem Soleimani’s appointment as head of the Quds Force

In mid-March 1998, when the commander of the terrorist Quds Force, Ahmad Vahidi, stepped down, Iran’s Supreme Leader, Ali Khamenei appointed Qasem Soleimani as the new commander of the terrorist Quds Force. Since then, Qasem Soleimani had overseen all terrorist activities, recruitment and export of fundamentalism by the Quds Force in neighboring and all other countries in the Middle East, Asia, Africa, Americas, and Europe. Qasem Soleimani was Khamenei’s advisor in the affairs of some of these countries. He was Khamenei’s adviser in Afghanistan and Iraq and said the last word in the Supreme Security Council on Iran’s interference in the affairs of the two countries. In addition, he was personally responsible for promoting the regime’s political influence and terrorist activities in Lebanon, Syria, and Palestine. In 2011 he was promoted to a major-general and has twice received medals from Khamenei.

In a speech to the students of the “Haqqani” Islamic school in the city of Qom on 22 May 2011, he said: ‘Today, Iran’s defeat or victory is not decided in Mehran and Khorramshahr. Our borders have gone beyond, we must see victory in Egypt, Iraq, Lebanon, and Syria; these are the effects of the Islamic Revolution.’

Filkins wrote in the report:

“Suleimani took command of the Quds Force fifteen years ago, and in that time he has sought to reshape the Middle East in Iran’s favor, working as a power broker and as a military force: assassinating rivals, arming allies, and, for most of a decade, directing a network of militant groups that killed hundreds of Americans in Iraq. The U.S. Department of the Treasury has sanctioned Soleimani for his role in supporting the Assad regime, and for abetting terrorism. And yet he has remained mostly invisible to the outside world, even as he runs agents and directs operations.”

War brings devastation, destruction, and death to millions of people. Most importantly it has a negative psychological effect. War kills the human spirit and paves the way for thousands of people to commit mass murder and destruction.

People who might be at the beginning of this way, like the other citizens, their compatriots, and associates, serve in ignorance or fear or in the best interest to support their religion and country, go under the command of oppressive and criminal forces ruling their homeland and themselves. So, they become one of the most brutal and cruel executioners known in the world.

A swain who barely studied until the fifth grade, and after than he was working as a construction worker to support his family and has more or less religious tendencies, after the 1979 revolution, which was hijacked by Khomeini, who considered the criterion of human superiority in the violence and killing and suppression of his opponents, and after the start of the Iran-Iraq war, finding a field to place himself at the forefront of this regime. And from that poorly educated young man and a construction worker in a deprived area of ​​the country, became a cruel executioner, who had access to millions of dollars of oil income of oil and other sources and became the main planner of his godfather to interfere and destroy the entire Middle East and be responsible for thousands of deaths.

Qasem Soleimani became famous because of his crimes, but these crimes, under the shadow of the policy of appeasement, have spread from Iran to the countries in the Middle East, and other countries in Africa, Latin America, and America for years. The export of terrorism to stabilize the Velayat-e Faqih (Absolute rule of clergy) era and bypassing the sanctions of the international community has continued because of this.

The dark history of Qasem Soleimani in the international community is not limited to his role in the failed attempt to assassinate the Saudi ambassador in the US.

US President Barack Obama on 18 May 2011 added the name of Qasem Soleimani to the US sanctions list.

The US Treasury Department put Qasem Soleimani on the list of individual terrorists that would have prevented Americans from trading with him.

In October 2007, the Treasury Department also described the IRGC Quds Force as a supporter of the Taliban, Hezbollah, Hamas and ‘other terrorist organizations.’

Reuters: The United States relaxed sanctions on Iran on...