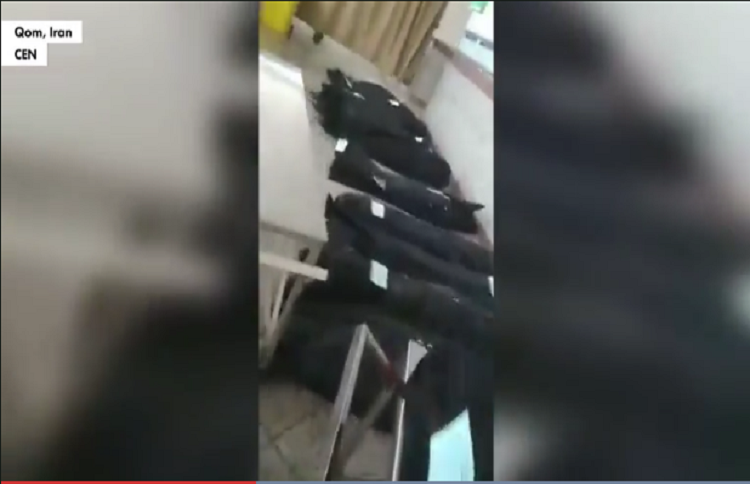 At least 200 more people have died from the coronavirus in Iran over the past 24 hours, according to the People’s Mojahedin Organization of Iran (PMOI/MEK), bringing the total to over 1,500.

The virus has killed people in 74 cities in 28 provinces so far, including Tehran, Qom, Rasht, Mashhad, Kashan, Ramsar, Sorkhe-Hesar, Yazd, Zanjan, Gorgan, Gonbad, Urmia, Tabriz, Maragheh, Damavand, Dorcheh, Rudsar, and Qazvin, with the majority of cases happening in Qom, which is when Iran’s outbreak started.

In Qom, 400 people have now died, in Gilan, the number is 154, in Kermanshah its 85, and Golestan it is 70. Of course, these and the overall total should be considered a minimum, with many locals reporting higher death counts across the country.

Many bodies are buried in secret and the families forced into silence by the Revolutionary Guards Corps’ (IRGC), IRGC’s intelligence division, and the Ministry of Intelligence. This is a clear attempt to cover-up the actual number of deaths, with the IRGC’s command center ordering guards to hospitals and care centers. They then force the medical staff and families to write things like “heart failure” as the reason for death.

Even the Health minister confessed that coronavirus has overtaken the entire country, while Member of Parliament Abdolkarim Hossein-Zadeh admitted: “The pile of dead bodies in Qom and the helplessness of the people of Rasht are evidence of failures in notifying and alerting the people about the virus outbreak in a timely manner.”

One infectious disease specialist and a member of the National Influenza Committee told the state affiliated-website, Entekhab, that he thinks between 30% and 40% of Tehran’s population will be infected with the coronavirus by the end of the Iranian year (March 20).

Given a lack of appropriate medical care, more than 30% of those contracting coronavirus in Qom will die. Meanwhile, hospitals in Rasht are overloaded with patients and the morgues are full.

The Iranian people are having to queue from 4 am outside pharmacies to buy essential medicine and hygiene equipment (i.e. masks), which in most cases pharmacies do not have.

The authorities have reluctantly closed schools and universities until the end of the Iranian year, which will then mean they are closed until after the New Year holidays. However, the IRGC’s Mahan Air is still continuing flights to and from China, in breach of international protocol, showing that the regime will always put profit above people.

The Hill: A Swiss firm will pay a record...