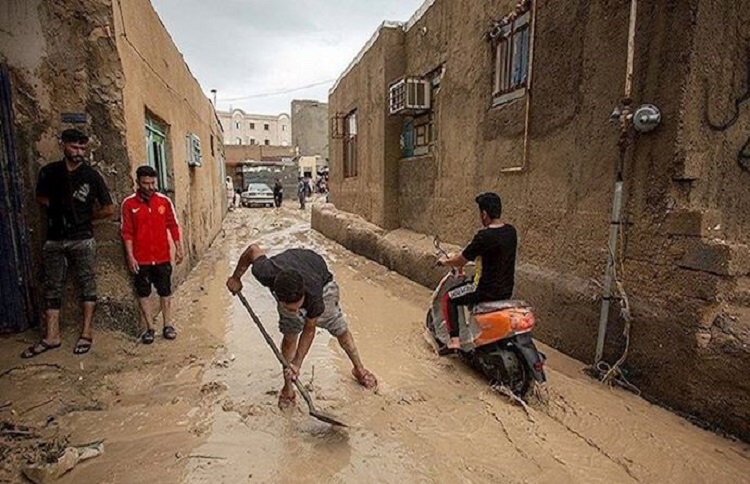 Dozens of people have been killed and injured in the horrific floods that are spreading across 19 Iranian provinces and causing gave damage to areas already hit hard by the government’s 40 years of neglect.

This is especially difficult because it is happening at the same time (and in many of the same places) as the coronavirus pandemic is overwhelming the healthcare system and grinding the already-dire economy to a halt.

Iranian opposition President Maryam Rajavi expressed her condolences to those who have lost loved ones, houses, and their livelihood to the floods. Rajavi, the head of the National Council of Resistance of Iran (NCRI), called on neighboring areas to rush to the flood victims’ support.

The Iranian government is, as usual, trying to downplay the floods with Emergency Organization spokesperson Mojtaba Khaledi claiming in an interview with the state-run ISNA news agency that only 11 provinces have been affected with 12 deaths and 21 people injured.

According to weather reports, over 50 millimeters of rainfall flooded that province, causing what local officials estimate to be 401 billion rials (around $2.43 million) worth of damage.

Meanwhile, in Iranshahr, 11 bridges have been destroyed, the road to Bam is blocked, and floodwaters in Borazjan are creeping over the tops of vehicles, with all markets being closed.

In Kerman, more than 10,000 hectares of farmland are flooded, with fields of wheat, tomato, watermelon, vegetables, and flowers destroyed, which has caused damages of 5 trillion rials (around $30 million) to the already deprived farmers.

Just like with the coronavirus crisis, the authorities are unwilling to cope with these disasters. The government has the money to quarantine the country, provide food, fully fund the healthcare system, provide emergency shelter, and everything else. But they won’t, because the mullahs see nothing as more important than their wealth and survival.

Bloomberg: Iranian police detained the main suspect behind a...