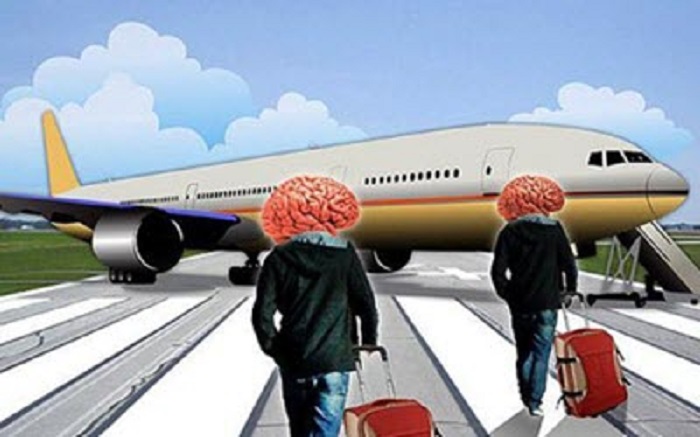 Surna Sattari, the science and technology vice president of Iran, denied that brain drain in Iran, calling the elite escape “an organized move”.

He dismissed statistics from world centers that Iran ranks high in brain drain and elite migration, declaring the number of educated immigrants “40000 educated a year.”

People’s emigration, of course, is such that he could not deny, admitting, “Of course, not by the fact that the total migration is diminishing, but by the type of migration that is moving towards investment and job migration.” (State-run Khabar online website, 28 October 2019)

Minimizing the number of elite migration and brain drain immigration is happening, while government officials have acknowledged the influx of elite and educated immigrants abroad, and while Baqir Larijani said: “The elite human resources and talents can play a significant role as the future maker in enhancing the country’s scientific indicators. One of the axes considered in the evolution and innovation of medical science education is the discussion of the organization of talented health forces in the form of identifying, promoting and guiding them. Iran has the second-highest rate of brain drain in the world, with between 150000 and 180000 educated immigrants annually, and there is a need for serious planning to use these capacities domestically. ” (state-run news agency Young Journalists Club, 13 August 2019)

Regarding the elite escape and migration abroad Mohsen Safaee Farahani, a member of the so-called reformist faction said: “From 1989 to this day, Iran has the highest brain migration rate in the World Bank reports. This is a point where officials are easily overpassing it. The government does not care what causes these forces to leave the country easily.”

The Eqtesad Online website on 29 October 2018 acknowledged that “academic unemployment is twice as high as the illiterates.” “The Iranian labor market has been plagued by a large population of college graduates for years, and there is a long line of demand for jobs. Young people, all of whom have a college degree in different varieties of bachelor to a doctorate degree, share the same mindset about jobs and future careers.”

Aftab Yazd daily wrote: “Many experts believe that the emigration of the educated people of the country is tied to a lack of suitable jobs, and that is why these people are forced to leave the country to find a better future and the only solution for that is emigration. However, the number of graduating emigrants is increasing each year, and management posts are becoming more vacant than a specialist. But that’s not all, these days while speaking with most of the people, even if they don’t have the ability to emigrate, at least think of it as a way to escape, once they have the right conditions, because they see a better future in emigration in developed countries. “

On the wave of emigration last year, the Iran Diplomacy website wrote: “Over the past year we have seen a surge in emigration from the country and the acquisition of property and apartments in countries such as Turkey, Georgia and others by the Iranians… besides that the wave of brain drain should also be considered. These are part of the damage that has been inflicted on the country over the past one and a half years.” (21 October 2019)