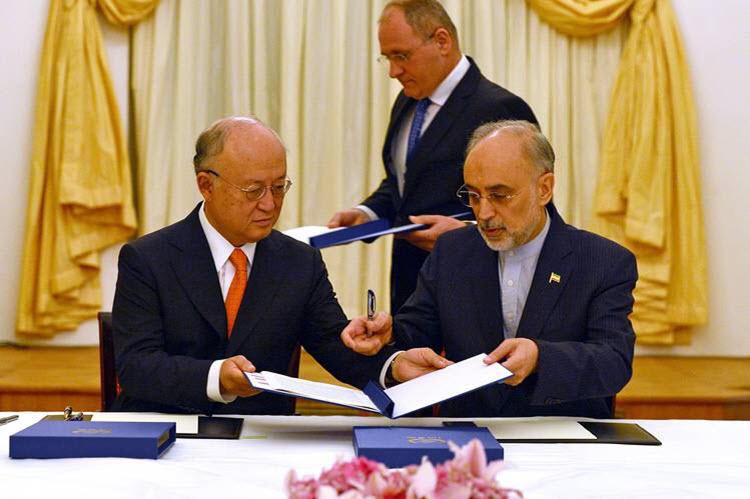 London, 11 November – On Tuesday Iran exceeded its ‘soft limit’ on sensitive material which was set out in the 2015 nuclear agreement, according to the U.N. atomic watchdog
This is the second time that the country has surpassed the 130-metric tonne limit for heavy water since January.

The past violation attracted barely any criticism for the countries who signed the deal but it is suspected that newly-elected Trump will not stay silent.

The International Atomic Energy Agency (IAEA) wrote: “On 2 November 2016, the director general expressed concerns related to Iran’s stock of heavy water to the vice president of Iran and president of the Atomic Energy Organization of Iran, … Ali Akbar Salehi.”

The IAEA is policing the restrictions placed on Iran’s nuclear activities under last year’s deal.

Heavy water is used as a moderator in nuclear reactors, like Iran’s unfinished one in Arak.

Iran said that it would remove 5 tonnes of heavy water out of the country in the next few days, as per the nuclear deal.

Mark Toner, a U.S. State Department spokesman, said: “It’s important to note that Iran made no effort to hide this, hide what it was doing from the IAEA.”

The nuclear agreement does not set a strict limit on heavy water and when Iran does exceed the 130 metric tonnes, the heavy water will be exported.

Trump has notably bashed the deal and said he would “police that contract so tough they (the Iranians) don’t have a chance”.

By Jubin Katiraie The Iranian authorities have made the children...

Iran Rights Advocate’s Sentencing in Absentia Is Unlawful, According to Defense Team