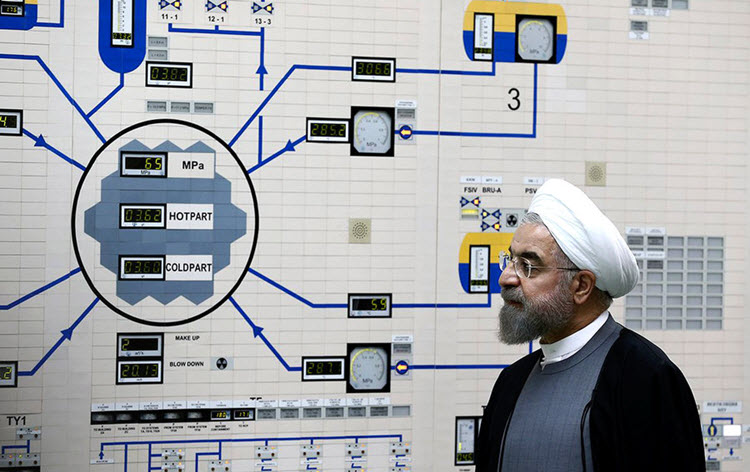 London, 24 Apr – The Iranian Regime is still working on its nuclear weapons programme in direct violation of the 2015 nuclear deal.

last Friday, the US branch of the National Council of Resistance of Iran (NCRI) held a press conference provided satellite imagery and intelligence regarding new secret nuclear sites.

Alireza Jafarzadeh, the deputy director of NCRI’s Washington office, said: “We are talking about an extensive covert operation by the Iranian regime. Our information shows that their activities have been continuing in full gear despite the [nuclear deal].”

The nuclear deal agreed between Iran and the P5+1 countries, is also known as the Joint Comprehensive Plan of Action (JCPOA). It was supposed to halt Iran’s development of nuclear weapons, in exchange for sanctions relief.

The Organization of Defensive Innovation and Research (SPND), which was first exposed by NCRI in 2011 and blacklisted by the State Department in 2014, is in charge of the building the nuclear bomb.

It is being directed by Brig. Gen. Mohsen Fakhrizadeh-Mahabadi, of Iranian terror squad, the Revolutionary Guards Corps.

Jafarzadeh continued: “Not only has remained in place and active, it is now clear that in some fields its activities have even expanded.”

The satellite images provided by the NCRI, show an area slightly north of the Parchin military base, an area where Iran previously developed their nuclear programme which is off-limits to the international nuclear inspectors.

The NCRI reported that this area is where the Iran Regime is working on high explosives and insisted that this site needs inspecting immediately.

Jafarzadeh said: “What we are arguing is that we should not limit ourselves to the scope of the activities going on in terms of monitoring. We need to look at the bigger picture.”

This new information contradicts an earlier letter from Secretary of State Rex Tillerson to House Speaker Paul Ryan, that Iran has remained compliant with the 2015 nuclear deal, but Jafarzadeh reported that the Regime was very secretive.

In that letter, Tillerson also wrote: “Iran remains a leading state sponsor of terror, through many platforms and methods.”

Jafarzadeh finished: “The nuclear program of Iran is not a peaceful program. The way the program was created from day one was a secret, covert nuclear weapons program run by the military, the IRGC… And it remains as such.”

This information was gathered by the People’s Mojahedin Organization of Iran (PMOI/MEK), who first uncovered Iran’s secret nuclear weapons programme in 2002.

All information from the Iranian Resistance has been shared with the US Government.