Make No Mistake: Iran Will Use Its Ballistic Weapons 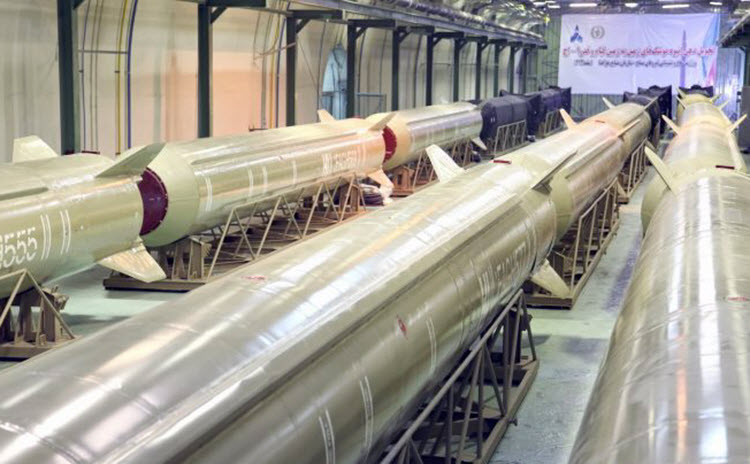 London, 31 Jul – The Iranian Regime is threatening to use its ballistic missiles again and we should believe them, according to an Iran expert.

Michael Tomlinson wrote on Iran Lobby that he can see direct parallels between North Korea and Iran with their use of ballistic missiles, which Iran has been steadily increasing its production of for some time now.

He wrote: “For the mullahs in Tehran, their ballistic missile fleet represents their ace in the hole; a weapon platform that can reach far away enemies, threaten its neighbours and provide the ultimate leverage by carrying nuclear or chemical warheads. You don’t build a weapon system unless you are prepared to use it and the mullahs are prepared.”

The only difference, he posits, is that Iran has fired its ballistic weapons not in a show of strength but in a fit of anger, supposedly at ISIS in Syria. Although, it is debatable whether the weapons actually made it there, given reports that they broke up over Israel, and who the targets of the missiles actually were, as the Regime did not warn the US troops in the area who were fighting ISIS.

Tomlinson wrote: “With one action, the mullahs served notice they were more than willing to push the proverbial red button; a disturbing thought when one considers the regime’s extensive list of enemies which seems to grow longer by the day.”

He cites the US, Saudi Arabia, Bahrain, Kuwait and Pakistan as being clearly on Iran’s enemies list as well as Christians, Jews, Sunni Muslims and just about any non-Shia person.

Of course, Tomlinson is far from the only person who is worried by this.

The Center for Strategic and International Studies notes that Iran has the “largest and most diverse missile arsenal in the Middle East” with thousands of short- and medium-range missiles stockpiled on mobile launchers and underground bunkers. These weapons are capable of hitting targets as far east as India, China and Russia and as far west as Europe and North Africa.

Despite reassurances from Iran apologists, many US military bases in the Middle East have already been desecrated by Iran and many more will be taken out by their missiles.

Iran’s Revolutionary Guards Corps (IRGC) Commander, Major General Mohammad Ali Jafari, demanded that the US withdraw all military bases within 1,000 km of Iran’s borders, i.e. most of the US’s operations in the Middle East and Afghanistan, including Bahrain, Qatar and Kuwait.

Why? Iran is worried about the US getting tough on Iran and encouraging regime change.

Tomlinson wrote: “The mullahs in Tehran are reactionary, bellicose and even blood thirsty, but they are not crazy. They understand that their options are shrinking and Trump is only a few steps away from not certifying Iran in compliance with the nuclear agreement and triggering the 60-day review period for open debate in a Congress that has already shown bipartisan hostility to the regime… In short order, the mullahs could find themselves back in 2009 where the economy was in shambles and an unpopular president was being met with massive street protests that rocked Tehran for days.”

The mullahs are scared that their people will overthrow them; so for the people of Iran and the people of the world, we must support the Iranian Resistance.

Pakistan joins US in attacking Iran over support for terror

Sunday Telegraph: Pakistan, one of America's most important allies...