What Happens If Trump Decertifies Iran Compliance With the Nuclear Deal? 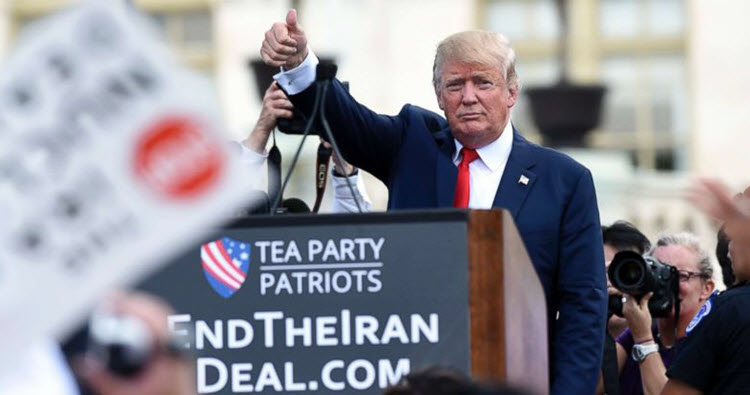 He gave the Iranian regime numerous concessions and failed to address some peripheral issues such as the oppression of people at home and its spread of terrorism across the Middle East.

Obama’s years in office, with reference to this treatment of Iran, have been named by some as the “golden years”. The regime knew that it could get away with anything and the Obama administration would not dare to so much as comment.

However, Trump made it very clear that these “golden years” would end if he was elected. And he did. And he has also made the Iranian regime know that its belligerence will no longer be accepted. He spoke about scrapping the nuclear deal during the election campaign and has mentioned it on several occasions since.

Now supporters of the deal are getting worried because Trump has threatened to not certify Iran with compliance in October. Former Obama administration officials are warning that the world will become much more unsafe if the deal unravels.

Leaders in Europe are saying that the deal cannot be renegotiated and apparently officials of the State Department are looking for ways to delay Trump from not certifying Iran.

If Trump does go ahead and decertify compliance with the deal, Congress will then have to vote on whether to reimpose the sanctions on oil exports and the country’s banks that crippled the Iranian economy before the deal. It goes without saying that if this happens, the nuclear deal will be on very unsteady ground.

However, Trump’s rhetoric is already proving to be fruitful. French President Emmanuel Macron said during this United Nations General Assembly speech that it would be “irresponsible” to renounce the deal, yet he said to reporters afterwards that the deal is not enough and more pressure must be put on the regime because of its involvement and meddling in the Middle East.

Now France and the United Kingdom say that although they do not want to reopen the deal, they are in favour of trying to address some of the issues surrounding it. One example is that it wants to remove the sunset provisions that limit Iran’s stockpile of low-enriched uranium. They added that they would like to address the Islamic Republic’s testing of ballistic missiles.

The Iranian regime has never lived up to the spirit of the deal. The National Council of Resistance of Iran (NCRI) revealed earlier this year that Iran was still working on its nuclear programme, presenting numerous pieces of evidence including satellite imagery showing where the work was taking place.