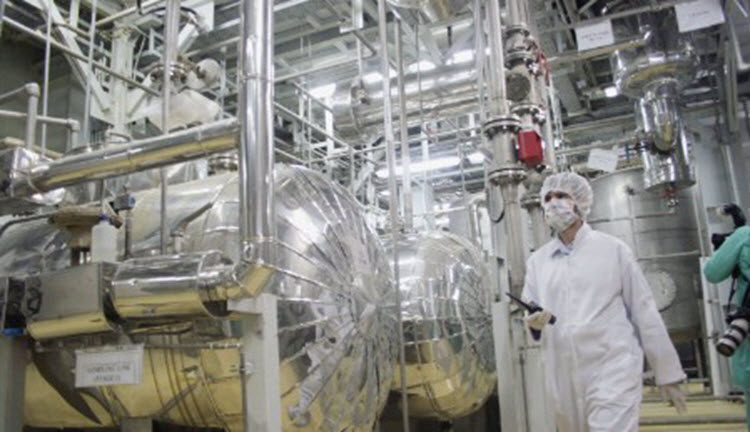 London, 26 Sep – With roughly two weeks until the White House has to decide whether to (again!) certify Iran as compliant with the 2015 nuclear deal (despite all evidence against), all eyes are on Donald Trump.

Abdulrahman Al-Rashed, the former general manager of Al Arabiya News Channel, wrote an op-ed for Arab News in which he explained that if you want to know how Trump will act on Iran, you have you watch how he is reacting to North Korea.

Indeed, that is what the Iranian mullahs are doing.

Al-Rashed explains how the current North Korean nuclear problem was partly caused by the lax 2015 Iranian nuclear deal which was not too lenient, ergo why Iran is so happy to break the deal without fear of repercussions.

He wrote: “Iran was rewarded with $150 billion in a deal to restore the money it lost during the Shah’s era; it was also awarded huge contracts to develop its technical and manufacturing capabilities, and most of the international sanctions were lifted. Besieged North Korea has also chosen to blackmail the world since it turned out to be a good business. Just as Iran was threatening to burn Israel, North Korea started threatening to burn Japan.”

Al-Rashed assessed that there are two choices for the US; either give North Korea the same flawed deal that the US has with Iran or end the deal with Iran and work on a new plan to end the nuclear threat from both nations.

Nikki Haley, the US ambassador to the UN, has also warned that the current nuclear deal with Iran, could allow them to soon pose the same threat as North Korea, which is why she calls urgently for its amendment.

Al-Rashed notes that any new deal must be worked on with the help of US allies in the Middle East who were originally in favour of a nuclear deal, but had problems with the final draft.

He wrote: “The Gulf and regional countries do not have the ability to deter the Iranian regime or break the deal. From the beginning, the Gulf point of view was that the draft deal was theoretically good but the signed one was bad, because it delays but does not annul the Iranian military nuclear activity, and that lifting sanctions was not related to the termination of Iran’s hostile military activities.”

Indeed, the nuclear problem is not the be all and end all of the Iranian threat. There is their destabilisation of other Middle Eastern countries like Iraq and Syria, their human rights violations, and their support of terrorism.