Iran Regime Worried About the Future of the Nuclear Deal 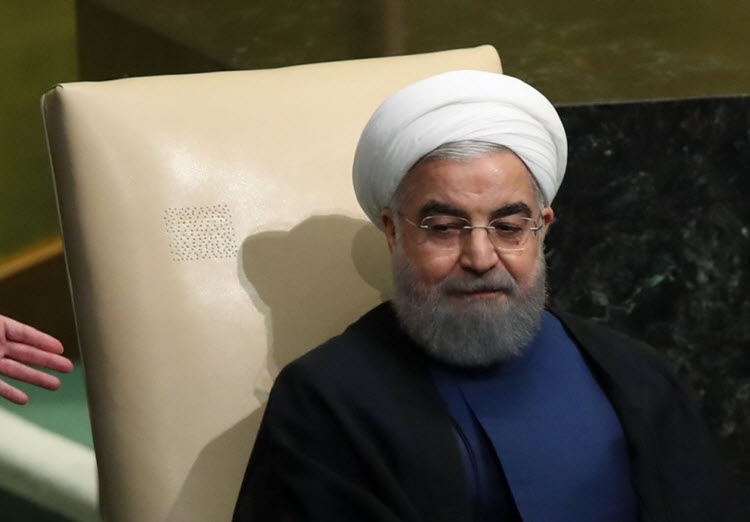 London, 27 Sep – The future of the Iran nuclear deal is currently very uncertain. Many believe that the deal should be scrapped as it is one-sided and has too many concessions in favour of the Iranian regime. Only last week at the United Nations General Assembly, President Trump said that the nuclear deal was an “embarrassment” to the United States.

Reports indicate that the Iranian regime and its rival bands are getting very nervous about what the next steps are.

Mohammad Nabi Habibi, a close confidante of Supreme Leader Ali Khamenei and head of the Islamic Coalition band, said that the Trump administration is considering renegotiating the deal, but expressed concern about how that would be done. He said: “The Americans are proposing a new negotiation, but what guarantees are there that the outcome of the new negotiation will not be proscribed or violated?”

He added that Hassan Rouhani and Minister of Foreign Affairs Javad Zarif are positive about the recent developments at the United Nations General Assembly. He said: “We are positive about the current positions of the president and the foreign minister against the Americans… it is a great achievement of the recent visit to New York that the president concludes negotiating with the United States is a waste of time and the foreign minister also says that talks with the United States are useless.”

Yet, some state-run media outlets paint a different picture, with some criticising the positions taken by the Iranian president and his Minister of Foreign Affairs. One outlet wrote that Rouhani made a big deal about the “vitality of JCPOA in the political history of the region and the world” and mentioned the importance of trust when it comes to future negotiations. He also talked about the high cost that would be incurred if the deal was scrapped and “the distrust and the impossibility of negotiations in the future”. The newspaper questioned whether he was saying that negotiations for a new deal are already happening.

Another story stated: “The recent statements by western officials indicate that, contrary to the ridiculous claim of ‘creating a divide between Europe and the United States because of JCPOA’, the Americas and the European Union members of the P5+1 are after making the nuclear agreement permanent and adding the issue of Iran’s missile power and regional power of Iran to the provisions of JCPOA.”

Rouhani’s camp, however, indicated that there is a great need for flexibility when it comes to demands made by other countries.

“In a new confrontation between the new US government and the new government, we should not wait for the flexibility of the Americans. Donald Trump has shown that he wants to make his sayings and demands at any cost, and this is a real threat to the system (Iran regime).”