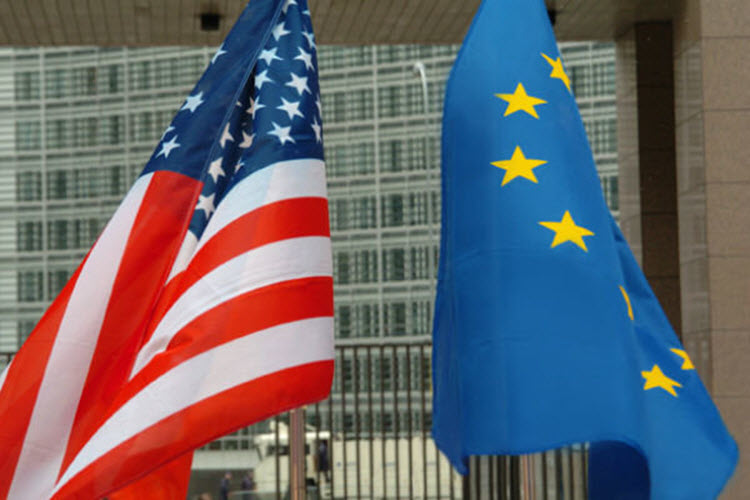 London, 21 Oct – Although Tehran believed that a cohesive European stance would help it withstand US pressure, on Sunday, Europeans agreed on common points with the US, and deferred the controversy until the US Congress reaches a clear American position on the nuclear deal, which must occur in two months. This stance taken by Britain, Germany and even France over its earlier ambivalence regarding separation of the deal with Tehran should be of concern to the regime.

The joint British-German declaration is that “they agreed on the need to continue the international community’s response to Iran’s destabilizing activities in the region, and discuss ways to address concerns about Iran’s ballistic missile program.”

Trump said on Monday, that “there could be a total cancellation of the agreement; it is a real possibility.” He added that the new phase after the cancellation can be “very positive”. He has passed the issue to Congress, leaving American lawmakers with the burden of making the right decision about the future of the nuclear deal.

It is reported that the US Congress is expected to continue to try and please all parties. Its members seem to be convinced that the United States must abide by international agreements, and must not accused of disrespecting signed agreements.

However, the US Congress may push for amending some of the deal’s problematic clauses with a new mechanism for monitoring Iran’s compliance. They may press for implementation of additional protocol agreed by the Iranian negotiating team in the Geneva talks, which allows the International Atomic Energy Agency (IAEA) to inspect all of Iran’s military and civilian installations without prior authorization.

In his article for Al-Arabiya, Political Activist at the Lebanese Civil Coalition, writer and journalist, and Editor-in-Chief at Masarnews, Mustafa Fahs writes, “It is impossible for Tehran to agree to the US demands to grant the inspection teams of the IAEA freedom of movement on its territory and will not hesitate to take hard decisions in defense of its national sovereignty and shall obstruct Washington, which wishes a repeat of its Iraqi experience following Saddam’s 1991 defeat. The Baathist regime was forced to open all its installations to international inspection teams, which eventually even inspected Saddam’s palaces and his private chambers under the pretext of searching for weapons of mass destruction. The fact that Tehran could not accept these terms and that the Trump administration is likely to enforce them increases the likelihood of the crisis escalating.”

This would give Washington enough reason to justify to the international community its abandoning the nuclear deal and to initiate further measures against Tehran.

Fahs believes that Tehran will try to embarrass Washington in front of the international community by rejecting the harsh conditions that undermine its national pride. He says that the regime is already struggling to control the country internally and is going through its worst existential crisis since 1979.

The United States has redefined its policy toward Tehran, and US terms and conditions are expanding. Meanwhile, Europe’s prospects for bringing about a settlement seem difficult, given the shift towards a direct confrontation in the conflict between Washington and Tehran.

Lebanese journalist Khairallah Khairallah says that the most important thing in Trump’s speech is that it the US is now dealing with Iran as a whole and this has put the nuclear deal in its proper framework.

Time is short for Iran diplomacy