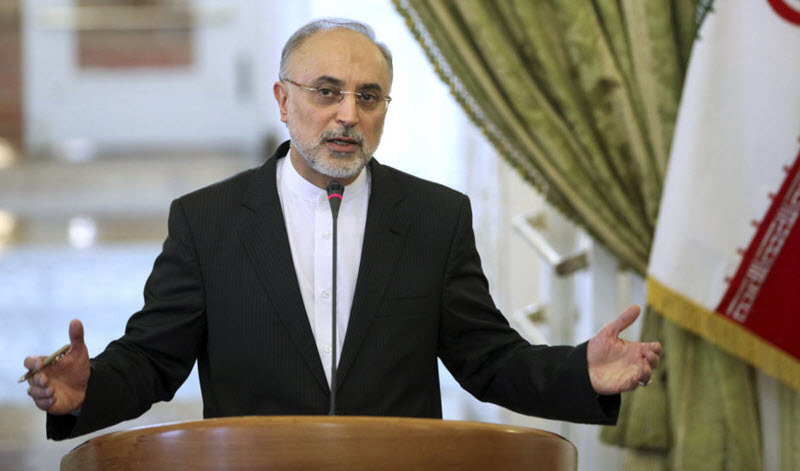 The head of Iran’s Atomic Agency has bragged about violating the 2015 nuclear deal, also known as the Joint Comprehensive Plan of Action, by never fully dismantling their nuclear sites.

Ali Akbar Salehi told state news agency IRNA on Wednesday that the country had not filled its reactor with cement, but had instead only destroyed the tubes that the fuel goes through, having already bought replacement tubes that they hid from the West.

Previously, Salehi had gone on state TV to reveal that the mullahs hid their efforts to keep their nuclear programme alive long after the nuclear deal was signed.

He said: “We had bought similar tubes, the same quantity, we were told to fill the main tubes with cement, so we poured cement in those tubes … but we did not say that we had other tubes because if we did, they would have said, sir, pour cement in those as well … We are going to use the same tubes now. Now we have those tubes.”

Salehi admitted that this had been kept a secret to most in Iran, but that Supreme Leader Khamenei, who warned the nuclear negotiators not to trust the other signatories to the deal, approved it.

He quoted Khamenei as saying: “We have to be alert and calculate the process of possible return. In other words, we should not eliminate all the bridges behind us.”

This makes it clear that the Iranian Regime did not ever intend to keep to the nuclear deal, given that their negotiations were built on lies, which indicates that their nuclear programme is not peaceful in the slightest and the Regime’s true goal is a nuclear bomb.

In fact Maryam Rajavi, the President-elect of the Iranian Resistance, had warned about both when the deal was being negotiated and long beforehand.

In 2013, she said: “Any leniency, hesitancy, and concessions by the international community will prompt Khamenei to once again move toward manufacturing through deception and cheating.”

This was far from the first time that the Iranian Resistance warned about Iran’s nuclear programme, in fact, they were the group to reveal it to the world and the International Atomic Energy Association (IAEA) in 2002, due to the very real dangers posed by a rogue regime with a nuke.

Earlier this month, Salehi also revealed that thanks to additional research and development, Iran is now able to increase its uranium enrichment to 20% – far above the amount stipulated in the nuclear deal –just four days after getting the order form Khamenei.

The EU, Russia, and China must pull out of the nuclear deal, as the US has already done.