How Strong is Iran’s Alliance with Russia? 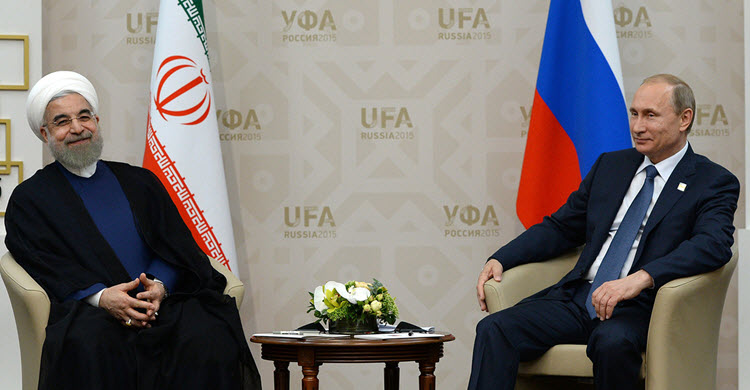 London, 13 Jan – In an article for The Natonal Interest, published January 12, Alireza Nader, senior international policy analyst at the nonprofit, nonpartisan RAND Corporation, writes about the alliance between Russia and Iran in the Middle East. She calls this alliance unprecedented, but fragile.

Cooperation between Russia and Iran recaptured the rebel held eastern section of Aleppo, and ensured the survival of the regime of President Bashar al-Assad in Syria. Russian bombers used Iranian air bases to bomb targets in Syria, and it appears that Moscow and Tehran are concluding a major arms deal that will provide advanced weaponry for Iran’s military.

The question is, whether the Russian-Iranian partnership is based on temporarily convergent interests, or is it a new development with a possibly profound impact on American interests in the region?

There is no answer to whether or not this alliance between Moscow and Tehran will endure. It is based on a mutual antipathy toward U.S. influence in the Middle East. However, President-elect Donald Trump has indicated a desire for stronger ties between Washington and Moscow. Iran may see its partnership with Moscow weaken or unravel if the Russia aligns with the United States, with Trump as president.

Iran supported the Assad regime against the rebels, who were backed by Iran’s chief rivals in the region, including Saudi Arabia and Turkey. Reportedly, Tehran provided billions of dollars to Assad, sent thousands of Iranian troops to fight on his behalf, and trained thousands more from across the Muslim world to fight. Yet without Russia’s intervention, Iran’s strategy would not have succeeded. Russian air power was crucial to Syrian and Iranian-backed forces reconquering Eastern Aleppo.

Achieving a political solution to the conflict in the Syrian regime’s favor may rely on Russia’s diplomacy. Although Iran played an important military role in Syria, it has always been a ‘junior partner’ to Moscow.

Nader writes, “Indeed, Russia’s use of the Hamedan air base in Iran turned out to be too controversial for the Iranian regime. Iran’s constitution prohibits the use of Iranian soil by foreign powers; the Iranian government had to quickly retract its permission for Russia to use Iranian bases in the face of public and parliamentary opposition. But Russian warplanes may return to Iran after all, since Iran lacks the capabilities to project air power beyond its borders and is dependent on a greater military power such as Russia to achieve its objectives in Syria.”

Russia is the only power willing to sell advanced military equipment to Iran. Iran’s pursuit of a nuclear weapons capability brought about years of sanctions, and this has taken a toll on Tehran’s military modernization efforts. Its jet fighters, tanks, and artillery are decades old. While Moscow and Tehran negotiate an arms deal reported to be worth about $10 billion, the Joint Comprehensive Plan of Action (JCPOA) nuclear agreement prohibits the sale of major weapons to Iran until 2020 without the approval of the UN Security Council. Therefore, Iran may be waiting years for the Russian weapons, which will make it even more dependent on the Russian military in the region.

Warming U.S. and Russian relations may result in the greatest threat to Iranian influence. President-elect Trump strongly criticized the JCPOA, and has threatened to “tear up” the agreement, although this appears unlikely, as the international community, especially Russia, have supported the agreement. Still, the incoming administration has stated its intention to enforce the JCPOA more “stringently” and even pass new sanctions against Iran for its regional activities and human rights abuses at home.

“Russian President Vladimir Putin may pose an obstacle to renewed U.S. pressure on Iran; after all, Tehran’s partnership with Moscow has proven successful in Syria and could prove so in other regional hotspots. Despite the current cooperation, there is no love lost between Russia and Iran. The two powers are historic rivals; Russia would be loath to see a major Muslim power rise to its south while Iran remains suspicious of Russian intentions. Tehran’s relative diplomatic isolation, economic weakness, and military deficiencies have forced it into an alliance with Moscow,” writes Nader.

If Putin manages to forge better relations with the United States under Trump, there is no guarantee that he won’t sell out Iran. The American president-elect has already said that he’s reluctant to arm the Syrian rebels, and may even cooperate with Russia in the fight against the Islamic State. Putin won’t need Iran if Russia can work with America. “Yet it is unlikely that Russia will totally dump Iran for a better suitor. Some Russian-American competition is likely to continue even if the two countries improve relations; and Moscow is likely to keep its partnership with Iran as a hedge against possibly worsening tensions with the United States,” according to Nader.

It’s clear, though, that while Iran may appear to have the upper hand in Syria and perhaps in the Middle East, Russia seems to be pulling the strings.