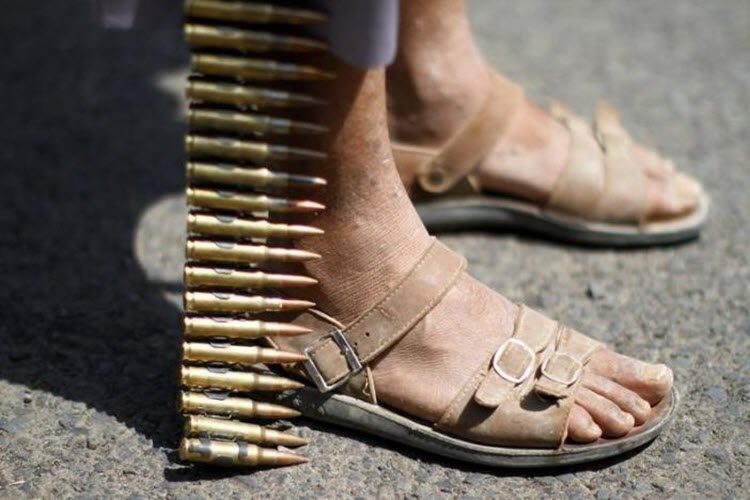 London, 22 October – Iran has increased the transfer of weapons to the Houthis in Yemen, which may prolong the conflict which has already been going on for 19 months.

This is not a sudden occurrence but has been going on for several months, trafficking arm through the neighbouring country of Oman, according to Reuters.

The Houthi rebels recently fired on a US Navy destroyer, and the US retaliated last week.

An administration official in Washington said that the US had already informed Oman of the arms smuggling activity.

They said: “We have been concerned about the recent flow of weapons from Iran into Yemen and have conveyed those concerns to those who maintain relations with the Houthis, including the Omani government.”

Oman denies that weapons have been smuggled through it but regional officials accuse them of turning a blind eye.

Omani Foreign Minister Yousef bin Alwi told Saudi newspaper Okaz: “There is no truth to this. No weapons have crossed our border and we are ready to clarify any suspicions if they arise.”

Whereas, a senior Yemeni official said that smuggled weapons were reaching the Houthis via Oman but could not say definitively whether the weapons were Iranian.

General Joseph Votel, the commander of the U.S. military’s Central Command, said: “I do think Iran is playing a role in some of this. They do have a relationship with the Houthis.”

Meanwhile, a Washington diplomat said there were concerns that Oman was not tackling Iranian smuggling with the strength it needed.
The US diplomat said: “In my mind, the level of Iranian arms smuggling probably doesn’t get the attention it deserves.”

Yemen’s army chief of staff, Mohammed al-Maqdishi, said: “We are now in the process of heavily guarding the border points more and more.”

The Houthis received a huge stash of weapons last year, when divisions that were loyal to former Yemen President Ali Abdullah Saleh, switched allegiance to the Houthis.

The US’s middle-eastern allies warn that last year’s nuclear deal is only encouraging Iran to interfere in other countries conflicts. The civil war in Yemen has already claimed 10,000 lives and threatens to drag the US into the middle of it along with Saudi Arabia and Iran.

A senior Yemeni official said that smuggled weapons were reaching the Houthis via Oman but could not say definitively whether the weapons were Iranian.

In brief: News from Iran

AFP: The White House warned Iran Monday that it...