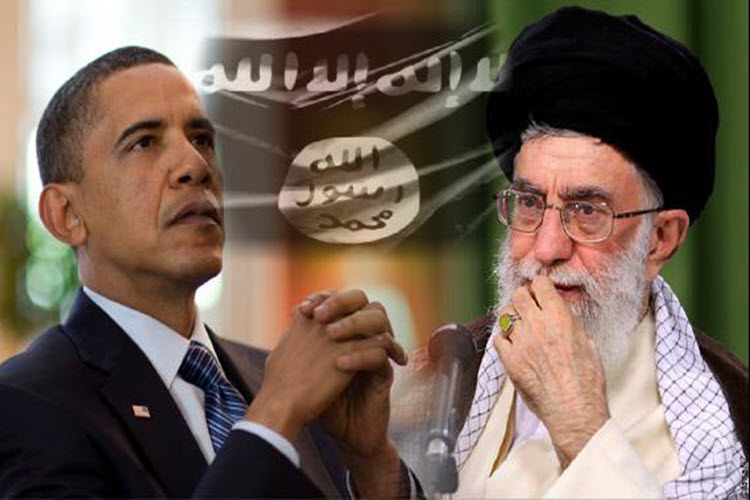 London, 16 Dec – A human rights activist has written an op-ed on the American Thinker, referring to the eradication of ISIS as one of the Iranian Regime’s Achilles heels.

Peace in the Middle East

Heshmat Alavi wrote that the Iranian Regime derives its power from a crackdown on rights and freedoms domestically as well as the exporting of terrorism and fundamentalism which leads to the destabilisation of the Middle East.

The appeasement policy of the US towards the Iranian Regime over the past 40 years has significantly contributed to conflict in the Middle East and the rise of ISIS.

The expansionist policies of the Iranian Regime have caused 11 Arab states to come together and call upon the United Nations to prevent the Regime from interfering in the affairs of foreign sovereign nations.

If Donald Trump can work with US allies in the Middle East to defeat ISIS, he can help to eradicate the mullahs’ Regime.

The Saudis could easily cover ground troops, according to Alavi, but they would require the help of the American Air Force and American intelligence.

However, Trump must also distance America from Iran’s allies which include the Syrian dictator Bashar al-Assad and the Russian plutocrat, Vladimir Putin.

Given his current relationship with Putin- including being unwilling to accept that the Russian Governments hacked the Democratic Party and their candidate, former US Secretary of State Hillary Clinton, to help Trump win the presidency- this may be easier said than done.

Freedom for the Iranian people

In the run up to the 2015 nuclear deal, we were sold a moderate Iran and told that if we placated them, they would, in turn, restrain the hardliners. We were lied to.

Trump must work with the people’s democratic resistance forces in Iran, including the National Council of Resistance of Iran (NCRI) and the People’s Mojahedin Organization of Iran (PMOI/MEK). These groups, which receive bipartisan support across the Western world prioritise rule of law, a secular government, and gender equality.

AFP: Britain has ordered the closure of the Iranian...

AP: The U.N. atomic agency said for the first...